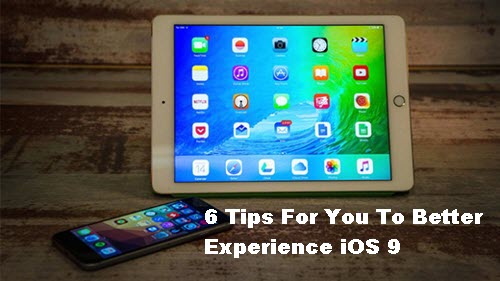 Finally, here it is. Apple will release iOS 9, the latest iOS operating system in just a few hours. When iPhone 6s and iPhone 6s Plus were unveiled, people are clamoring about new features and better experience from new iPhone. But now, you don’t have to, for you can also update your iPhone/iPad/iPod Touch to iOS 9 to experience the same functionality. Here, I list 6 tips and features from DigitalSpy for you to better use iOS 9.

This one’s only available for the iPad Air 2 owners among you, but bear with us, it’s a good ‘un. Multitasking has been transformed in iOS 9 and it’s pleasingly simple to use. Pulling in from the right side of your slate’s screen while in an app launches a multitasking side bar – without dropping out of your primary app.

While here you can get a slim-line snapshot of multiple additional apps – from email and videos to Notes, Contacts and your Calendar – dragging your selected choice across further allows it to sit side-by-side with the lead app, sharing on-screen real estate equally. 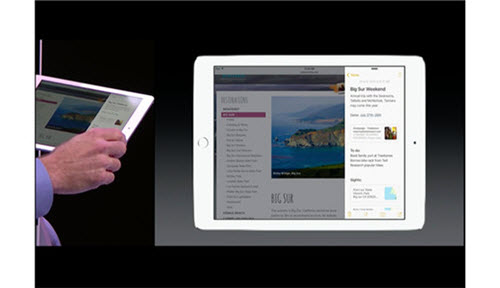 Stretch your battery life out for more than a day

Team iPad might have picture-in-picture video and split-screen multitasking skills, but clan iPhone has battery-boosting abilities. This is a nice, easy one to find, too. In Settings hit the ‘Battery’ option and there’s a toggle waiting front-and-center to enable ‘Low Power Mode’. Simple.

Activating this shuts down background app refreshes, disables luxurious animations, reduces mail fetching and switches off your ‘Hey Siri’ features to stretch out your phone’s staying power. Low Power Mode can be kicked into action whenever you’re getting battery nerves, although your phone will prompt its use when battery reserves slump to 20%.

Make use of the new “Hey Siri” features

In iOS 9, Siri’s always listening, but don’t be freaked out, the iPhone PA isn’t snooping on you. It’s more like an overly excited puppy, just waiting for your every command.

Simply saying “Hey, Siri” – there’s no button bashing required – will launch your favorite gobby assistant – even from the lock screen, meaning your hands-free queries and commands are now no longer confined to your mind.

You’ll need to enable this feature first though – Settings >> General >> Siri >> Allow “Hey Siri”. Once activated you’ll have to get your own, individual Siri ear familiar with your voice so that that firecracker mate we all have doesn’t start audibly dicking around with your phone. 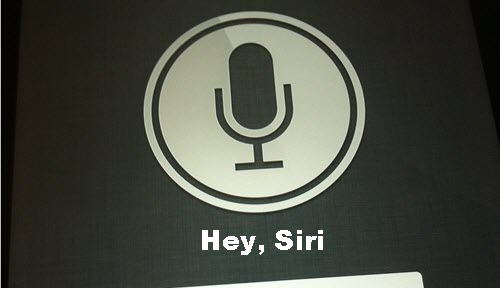 Find your best photos, without the fuss

Once you’ve crammed your handset with pictures, separating the imaging wheat from the photo chaff doesn’t need to be a long, laborious process.

Finding your best shot can be a simple, speedy process. In the Photos app you’ll find a picture-based scrubber beneath your main image, and scrolling this side-to-side makes it a whole lot easier to flit between snaps, covering months of shots in mere seconds.

Beef up your security with two-factor authentication

If you’re seriously skittish about your security, and well-invested in Apple’s broader ecosystem, you can add a second layer of protection to your iPhone or iPad. Two-factor authentication lets you send a security code to a secondary device. This needs to be entered into your iPhone before access is permitted.

Sadly, unless you’re sporting Beta software, you’ll have to wait until OS X El Capitan drops later this year before you can make use of this. 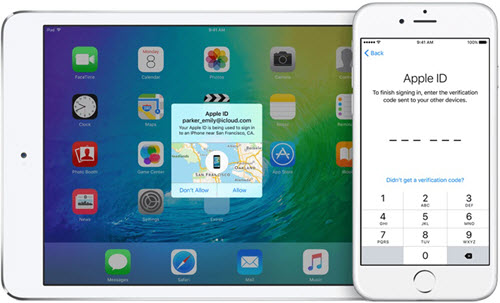 Open your wallet, the easy way

Unlocking your phone, opening the Wallet app, that two-stage process is like soooo laborious. Now though you can cut out the middleman and open things directly into your Wallet. “How?” we hear you cry? Try giving your Touch ID-hosting home button a double tap from the lock screen and see what happens.

How To Update iPhone/iPad/iPod Touch To iOS 9 Successfully?