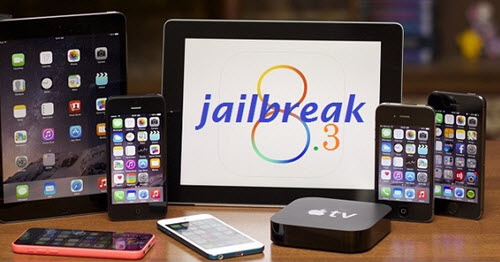 Chinese team TaiG has launched an iOS 8.3 jailbreak tool for all iPhone, iPad and iPod Touch devices on Windows. People who want to jailbreak iOS 8.3, iOS 8.2 and iOS 8.1.3 for iPhone or iPad now can do it easily. Scroll down to watch the video directly.

Why do people want to jailbreak their iPhone and iPad? Jailbreaking enables iPhone, iPad and iPod touch users to install unapproved third-party apps, tweaks, mods, custom themes, utilities, and other content (called “packages”) from Cydia, which is essentially an App Store alternative for jailbroken devices. In other words, jailbreaking allows users to further customize and enhance their iOS devices beyond the limits that Apple imposes.

If you want to jailbreak your iOS 8.3, first, download TaiG 2.0.0 and then, the following video will show you how to jailbreak iOS 8.3 for iPhone and iPad.