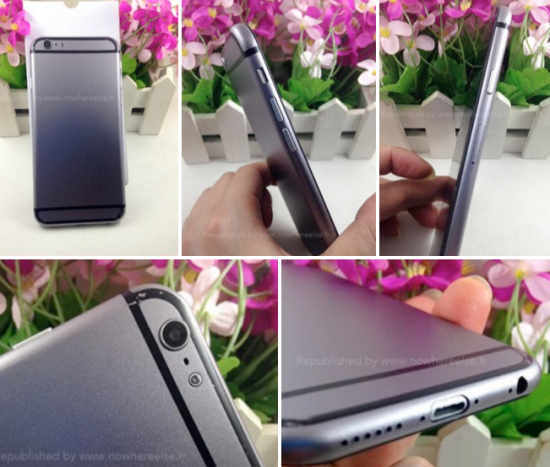 More images of an iPhone 6 mockup have recently been published via NoWhereElse. At this point, publishing these dummy models has become somewhat of a daily ritual, but they are definitely interesting to look at.
If it means anything, these are definitely the most detailed iPhone 6 dummy models that we’ve seen to date. Like previous mockups, there’s nothing special to see here, but if these models are designed around the rumored specifications, it may give us an idea of what’s coming down the line later this year.

Recent rumors suggest that Apple’s iPhone 6 will feature a 4.7-inch display, new thin curved edge design (similar to a fifth generation iPod touch), and redesigned buttons. The images below also show off a model sporting Apple’s Space Gray color option that was introduced last year. One thing that seems a little out-of-place is the odd plastic trim around the top and bottom end of the model, but it’s probably not the best idea to take these pictures too seriously.
It’s impossible to know whether or not Apple’s upcoming iPhone 6 will feature a similar design, but often case manufacturers will create dummy models or mockups in order to help with design for future products. It’s likely that these models were created based on rumored schematics and specifications, but the design does match up with previous images and rumors.