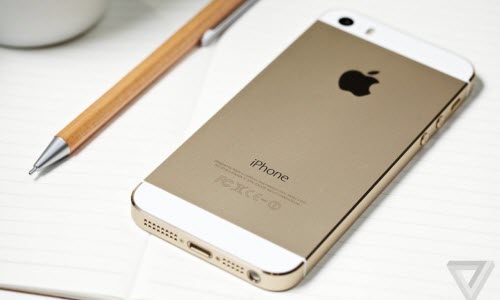 Rumor from nydailynews: Apple is going back to what the people want: a smaller phone.

The iPhone maker is launching a new 4-inch cellphone with an A9 processor and Apple Pay, according to KGI Securities analyst Ming-Shi Kuo, who has a track record for reporting on unreleased Apple products. The rumored smartphone is expected to sell early 2016 and speculated to be called the iPhone 6C.

The new phone would have the screen size and resemblance of an upgraded iPhone 5S with curved edges. The two current screen sizes are 4.7-inches on the iPhone 6S and 5.5-inches on the 6S Plus.

The new phone would also have a 2.5D glass front, metal casing and will be available in at least two to three colors. Other specs include an 8 megapixel rear camera and a 1.2 megapixel front camera, which are the same as the iPhone 5S.

Kuo said consumers should expect the new model to cost anywhere between $400 and $500 in the U.S. This price is comparably low to the iPhone 6S and 6S plus which start $649 and $749, respectively.

Compared to the sales of the iPhone 5C, which was discontinued in September, the new 4-inch phone could potentially help the company in sales, according to Kuo.

“While new model may not generate huge sales, Apple still has good reasons to launch,” Kuo said in a report sent to MacRumors. “These are: (1) still-existing demand for 4-inch smartphones. We estimate 15-17mn 4-inch iPhones will be shipped in 2015. We estimate the new 4-inch model will account for 8-9% of total iPhone shipments in 2016F.”

The 4-inch phone, if real, would be released several months before the iPhone 7 enters mass production in the second quarter of 2016.

Top 4 Ways To Back Up iPhone, iPad or iPod Touch

Top Easiest Ways to Transfer Photos from iPhone to Mac

Back Up Your iPhone Before Sending It for Repair