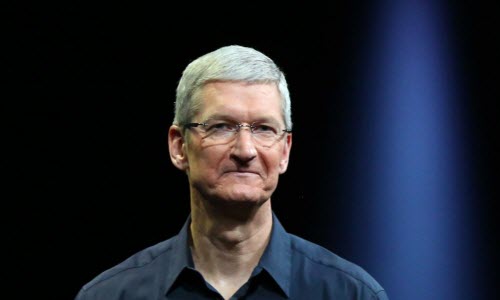 Apple has spoken about privacy rights for its customers before, but newly released court documents show that the company is practicing what it preaches.

According to The Daily Dot, a newly unsealed court transcript from an October 2015 hearing in Brooklyn shows that Apple petitioned the court to stop asking it to unlock iPhones in a brief, as part of their participation in a trial against a meth dealer.

During the hearing, a judge asked Apple to explain why it had ignored U.S. prosecutors’ search warrants to unlock the iPhone 5s of Jun Feng, who pled guilty to conspiracy attempt to distribute methamphetamines and was charged alongside six others.

The government asked for Apple’s help because Feng’s iPhone 5s, which had Apple’s iOS 7 operating system, was programmed to erase all its data after 10 unsuccessful attempts to unlock the phone. Even Homeland Security’s password-unlocking system — which will go through every combination available — was unable to obtain information from Feng’s phone.

The request, along with many others from the government, are exactly the kind of thing Apple would prefer to avoid being involved with.

“In most cases now and in the future, the government’s requested order would be substantially burdensome, as it would be impossible to perform,” lawyers for the company wrote in a publicly filed briefing. “For devices running iOS 8 or higher, Apple would not have the technical ability to do what the government requests — take possession of a password-protected device from the government and extract unencrypted user data from that device for the government. ”

Apple noted that operating systems like iOS 8 and the current iOS 9 are designed to be impenetrable — even by Apple itself.

That’s when things started to spiral. The government argued that since 2008, Apple has received 70 warrants to help view the contents of a suspect’s phone.
But Apple said those warrants were basically the government asking for a technical service. One twist? The prosecution was pressuring Apple with an 18th Century law called All Writs Act, reports The Wall Street Journal.

At the moment, The Daily Dot reports that Apple is still waiting for a judge’s ruling on whether the Justice Department has the authority to force Apple to help the government. In the meantime, Apple has an entire section of their website denouncing backdoors for government agencies.

“Apple has never worked with any government agency from any country to create a ‘backdoor’ in any of our products or services. We have also never allowed any government access to our servers. And we never will,” says the statement.

It adds, “We believe transparency and dialogue are the best ways for finding solutions to the overarching impact from surveillance laws and practices. We are continuing to engage with the White House, government regulators, legislators, and courts around the world regarding the importance of protecting customer data and security.”

How To Recover Data from Passcode Locked iPhone?

5 Tips To Make iPhone Messaging As Private As Possible

How To Put Your iPhone In and Out of Recovery Mode?