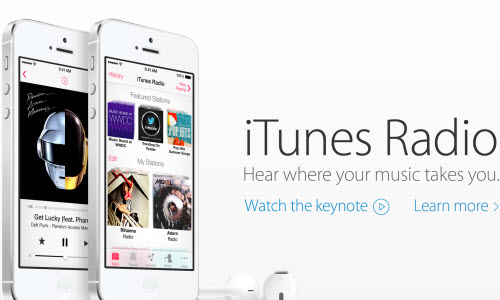 Apple just sent out an email alerting customers that iTunes Radio, the company’s answer to Pandora, will no longer be free as of January 28th. “All radio stations except for Beats 1 will be available exclusively to Apple Music members,” the message reads. So listening to Zane Lowe and Apple’s other hired DJs will still cost nothing.
But if you want to hear radio stations based on an artist or genre of music you like, doing so will require a $10 / month subscription to Apple Music. Many Apple Music stations are curated by its “expect” music team, though user-generated stations are typically assembled by algorithms, similar to Pandora. The company is still offering a free three-month trial for new Apple Music customer, just as it’s done since the premium service first debuted.

iTunes Radio was announced in 2013 and launched alongside the overhauled iOS 7 that fall. Stations were free to listen to (with ads), or ad-free for iTunes Match subscribers. Since the introduction of Apple Music, the iTunes Radio branding has gone away and the stations have more or less been linked with the streaming service. In that way, putting them behind the paywall makes sense, but it still may frustrate some users who have been listening at no charge — until now.

The decision shows that Apple is taking new steps to lure customers into paying for its streaming service as the company engages in a heated war with Spotify. That’s the company’s primary competitor now — not Pandora. This move, announced on Friday evening before a long weekend, also comes after Apple announced plans to pull out of the mobile advertising business in June.

How To Sync Contacts Locally to Mac Through iTunes?

How To Access and Recover Data from iTunes Backup File