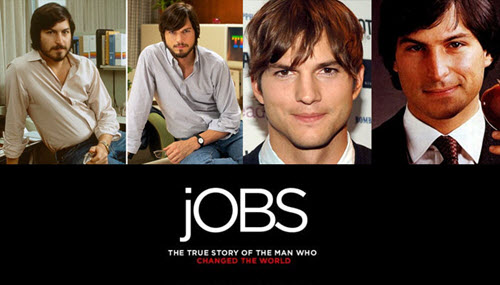 As we all know that Steve Jobs was the co-founder and CEO of Apple and formerly Pixar. His passion and ingenuity have been the driving force behind the digital age. However his drive to revolutionize technology was sacrificial. Ultimately it affected his family life and possibly his health. In this revealing film Steve Jobs, we explore the trials and triumphs of a modern day genius, the late CEO of Apple inc. Steven Paul Jobs.

After filming began earlier in January, and a few photo leaks soon thereafter, not much had been heard surrounding Universal Picture’s Steve Jobs movie. Today, however, the studio released the first official trailer for the new movie. Watch this trailer here:

The trailer is mostly a single shot of Michael Fassbender as Jobs, with cast voice overs providing snippets and teases of conversations regarding Jobs’ true legacy at Apple. While it doesn’t reveal much that wasn’t already known, the one minute teaser provides a handful of closer looks as Michael Fassbender, Seth Rogen, Kate Winslet, and Jeff Daniels as Steve Jobs, Steve Wozniak, Joanna Hoffman, and John Sculley, respectively, according to MacRumors.

This movie will be officially released on October 9, 2015. Quite closer to watch this movie on theater.