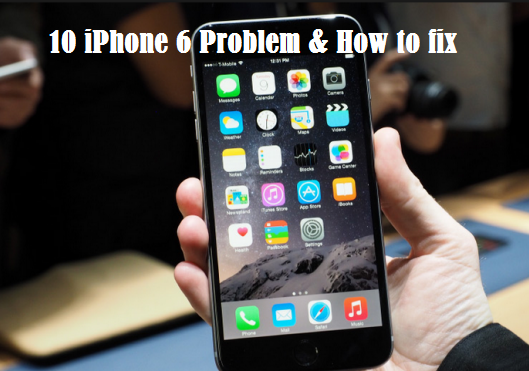 Can’t miss: How to Restore Deleted/lost Data on iPhone 6 and iPhone 6 Plus

1、How to Fix iPhone 6 Wi-Fi Issues

For the past two years, Apple’s discussion forum have been rife with complaints about iOS Wi-Fi issues. iPhone and iPad users have complained about a wide variety of issues from grayed out Wi-Fi to unstable connections. Those issues persist inside iOS 8 and while iPhone 6 users aren’t the majority, we’ve heard from several that have experienced them.

While there is no guaranteed fix for iPhone 6 Wi-Fi issues, there are a few things that users can try before performing a factory reset, replacing a router, or taking the iPhone 6 down to an Apple Store. These fixes have been passed down from the iOS 6 and iOS 7 updates and they’ve worked for many users in the past.

The first thing iPhone 6 users will want to do is reset network settings. This is an extremely easy process though it could take a couple of minutes to complete. So, users will want to set aside some time to ensure that the process goes as smoothly as possible. To do this, open up the iPhone 6 and head to Settings > General > Reset > Reset Network Settings.

If that doesn’t fix things, users can also try turning off Wi-Fi Networking. To do that, head to Settings > Privacy > Location Services > System Services. After performing these two steps, iPhone 6 owners will want to reboot the phone. Once it’s rebooted, there’s a chance, again a chance, that Wi-Fi will be working normally again.

2、How to Fix iPhone 6 Bluetooth Problems

iOS 8 Bluetooth problems are amongs the most common as many iPhone users are complaining about problems when using the software in the car. we’re hopeful that the iOS 8.1 update delivers some permanent fixes for these very visible problems. 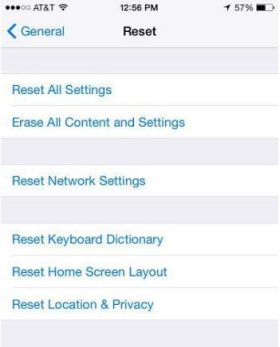 While there doesn’t appear to be a cure all, an Apple discussion forum puts forth few different fixes for these issues. Users have singled out “Reset All Settings” as a solid fix. It hasn’t worked for everyone but there are a ton of people that are claiming success after trying it on their iPhone 6.

To do this, open up the iPhone 6 and head to Settings > General > Reset > Reset All Settings. This is going to take a bit of time and users will lose all saved settings but the pay off is that it seems to be fixing Bluetooth issues for many people. It’s certainly worth a try in the days leading up to Apple’s iOS 8.1 release.

3、How to Fix iPhone 6 App Issues

We’ve been hearing a lot of complaints about applications crashing and freezing in iOS 8. iPhone 6 users, in particular, have been extremely vocal. Apple’s not going to be fixing these issues and it’s going to be up to third-party developers to take care of any random problems. This means that fixes, permanent ones, could take awhile. Fortunately, there are a few things that iPhone 6 users can try to make the app experience far more stable.

First, make sure applications on the iPhone 6 are updated. App updates with support for iOS 8 have been trickling out since launch. Many iPhone users are horrible about updating apps and that’s a habit that should be broken right now.
iPhone 6 users who are forgetful or lazy will want to turn on automatic App Store updates because it will keep apps automatically updated and ensure that they are always on the latest version with the latest bug fixes.

4、How to Improve Performance on iPhone 6

While our iOS 8 experience on the iPhone 6 has been fast, others have run into random slowdown and sluggishness on Apple’s new iPhone. Even if this isn’t an issue right now, iPhone 6 users could run into performance issues in the weeks ahead so we want to offer some tips right now.

There are some ways to speed up the performance on the iPhone 6 should it get a little choppy. including reducing animations and pretty effects, resetting settings, or restoring back to factory settings. These fixes are for the iPhone 4s but they will help with the iPhone 6 as well.

Keep in mind, there is no cure all for the iPhone 6 or any other iPhone though users will want to try these before performing a factory reset. There’s also a slight chance that Apple’s iOS 8.1 update could help fix things. Use a reset as a last resort.

5、How to Fix iPhone 6 Landscape Issues

One of the biggest issues is where in the iPhone 6 gets stuck in landscape mode after shifting to portrait. This is a huge problem, especially when using the camera app. It’s an issue that’s affecting a number of other iPhone 6 users as well.

While we can’t offer a cure all fix, we can offer a temporary solution. Instead of throwing the phone against a wall, simply lock the orientation of the phone in portrait. This way, when the iPhone 6 is utilizing an app like camera, it won’t shift to landscape mode, get stuck, and potentially ruin the footage that it’s taking.
To lock it in portrait, pull up Control Center from the bottom of the phone, look for the lock in the top right corner, and hit that. This will lock it up so that it won’t move out of portrait mode. It’s a temporary fix for an issue that’s driving some iPhone users crazy.

6、How to Fix iPhone 6 iMessage Problems

We’ve been running into a number of iMessage problems on the iPhone 6. Some problems, like the apps inability to mark new messages as read, are new. Others, like an issue wherein messages come hours late, are not. Fortunately, there are some fixes that are worth trying, fixes that have actually helped to alleviate our own iPhone 6 iMessage problems.

The first thing to try is toggling iMessage off an on. If that doesn’t work, try rebooting the phone. If neither of those work, it’s time to reset the device’s network settings.

To do that, head into Settings > General > Reset > Reset Network Settings. The phone will reboot, and while the stored Wi-Fi networks will be lost, reentering a Wi-Fi password is a small price to pay for working iMessages.

7、How to Fix iPhone 6 Random Reboots

While we don’t have a permanent cure, we have some tips to try and minimize random reboots. These helped when we saw them in iOS 7 last year and they have helped to tone them down in iOS 8.

First, try restarting the iPhone 6. This helped us when we encountered random reboots on the iPhone 5. We also recommend performing a reset on all settings. To do that, Settings > General > Reset > Reset All Settings. It also might be worth it to uninstall recent apps if the problems just started. If nothing helps, iPhone 6 users will simply have to wait for iOS 8.1 or whatever is next.

8、How to Fix iPhone 6 Keyboard Lag

We’ve noticed occasional keyboard lag on the iPhone 6 when shooting off an email or iMessage. While there isn’t a cure all for this issue, there’s a few things iPhone 6 users can try.
First, try turning off Documents & Data in iCloud. To do this, Settings > iCloud > Documents & Data. If everything returns to normal, it should be okay to flip that back on. If that doesn’t work, try resetting all settings. To do that,General > Reset > Reset All Settings.

We’ve heard complaints about cellular data issues on the iPhone 6. Slow connections, no connections and other random problems have plagued some iPhone users in the days since its release. 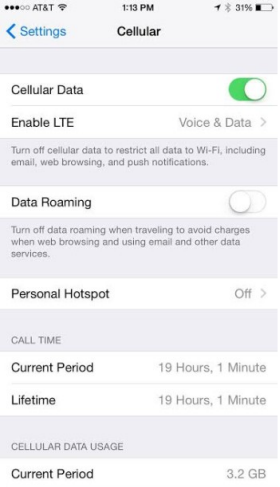 To try and fix these, first try restarting the iPhone 6. This has worked for us in the past. If that simply fix doesn’t work, try toggling cellular data on and off. This also has had a positive effect on our connectivity. To do that, Cellular > Cellular Data > Toggle Off.

Finally, if none of that works, try flipping Airplane Mode on, waiting 30 seconds, and then flipping it off. This, like the other fixes, has worked to dislodge cellular data issues in the past.

10、How to Fix iPhone 6 Problems If Nothing Else Works

If none of this works and Apple’s discussion forums aren’t helping, we have two recommendations. First, take the iPhone or iPad to a Genius Bar at the local Apple Store. They’ll help diagnose the problem, if they can.

Those that can’t or don’t want to go that route will want to consider performing a factory reset. Factory resets will wipe the iPhone 6 clean though it has worked wonders for devices in the past.

To do that choose Settings > General > Reset > Erase All Content and Settings. Again, this will wipe everything from the iPhone or iPad, so make a back up before doing this, even though we recommend not installing from a restore. Setting all of this up will be extremely consuming, but it may be the fastest way to fix bad iPhone 6 problems.