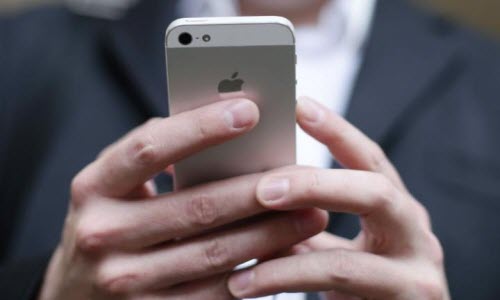 Security researchers have found a method to remotely break an iPhone or iPad connected to any Wi-Fi network, by tricking it into believing the date is January 1, 1970.

The bug is a variant on the hack from earlier this year which saw iPhones rendered useless after their owners manually adjusted the date to 1 January 1970. After the date was changed, the handsets would refuse to reboot, simply displaying the Apple home screen and going no further.

Some mischievous internet users encouraged people to make the adjustment in order to unlock a retro theme, knowing full well it would break the handset.

Apple swiftly issued a fix in a beta version of iOS 9.3 operating system before its release last month, but researchers have now found that the date change can be administered to a phone or iPad remotely over Wi-Fi.

Researchers Matt Harrigan of PacketSled and Patrick Kelley of CriticalAssets.com exploited the propensity that iOS devices have for automatically connecting to Wi-Fi networks they recognise and have signed into before (such as Cloud connections, or free Wi-Fi in Starbucks or Apple stores), by creating a new network with the same name.

When iPads connect to a Wi-Fi network, they automatically draw the time and date from various network time protocol (NTP) servers across the globe. The pair created their own hostile time server which caused iPads brought within range to reset their time, and therefore refuse to reboot.

The pair worked with Apple to ensure the fix for affected devices had been rolled out before their findings were released, according to security expert Brian Krebs.

They attributed the iPads’ meltdown to their apps’ reliance on the security certificates which encrypt data transmitted to and from the device, meaning they cannot cope when told the current date is a year which predates the certificate’s issue date.

> A prank website crashsafari.com crashed iPhones and affect other phones and devices in January 2016

> Many iPhone 6 users who had their touchscreens replaced by third parties have been hit by the ‘Error 53’ message which disables an iPhone if Touch ID has been tampered with.

> Changing the date to January 1 1970 on iPhone 5s and later renders the iPhone useless when it is rebooted.

“The reboot caused all iPads in test to degrade gradually, beginning with the inability to unlock, and ultimately ending with the device overheating and not booting at all. Apple has confirmed this vulnerability to be present in 64 bit devices that are running any version less than 9.3.1,” the researchers told Krebs.

The process is more complicated to replicate on an iPhone, as they receive network time updates through a different method, but the researchers said it could be possible to remotely brick an iPhone via Wi-Fi too.

How to protect yourself

While just an experiment, the project demonstrates how devices could react to malicious networks, causing serious damage and potentially causing loss of information.

To avoid any such theoretical hack in the future, here are some tips.

> Update your iPhone and iPad software so it is running the most recent iOS 9.3.1

How To Search Messages on iPhone?