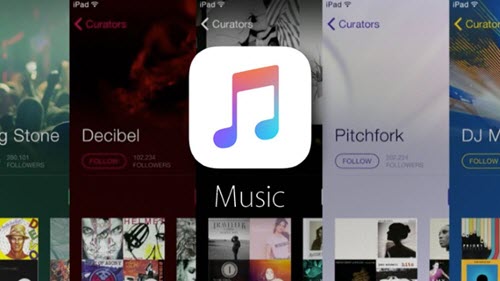 With the release of iOS 8.4 and the arrival of Apple Music, it deserves of celebration for most iPhone and iPad users, for Apple Music indeed has some compelling features. But meanwhile, problems about Apple Music also come out.

Some iPhone users reflect that  iOS 8.4 update removes Home Sharing for Music in iOS device, which means, users are unable to share their iTunes library over Wi-Fi from their mobile devices. Interestingly, the chance only affects music playback, since you can still share video to nearby iDevice.

Apple yesterday updated a Home Sharing support document to note that Home Sharing on iOS devices is only limited to video. Thus far, Home Sharing for music still appears to be available for both Mac and Apple TV. Additionally, while the Music page in iOS’ Settings once listed a Home Sharing option prior to iOS 8.4, the option is no longer there in the new Apple Music settings page in iOS 8.4, according to MacRumors.

Thankfully, the lack of Home Sharing is listed as a “known issue” in the iOS 8.4 release notes, so there is some hope that developers are working on a fix right now.

Tips To Use Apple Music In iOS 8.4

Methods To Recover Deleted Call History On iPhone 5 With iOS 8.4