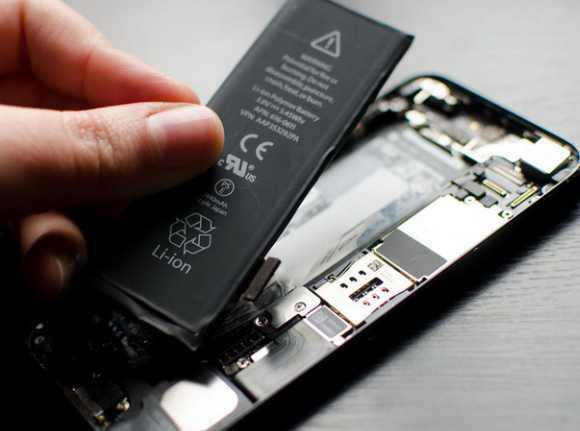 The iPhone 5  has been selling for over a year-and-a-half now and that means battery life just won’t be what it used to be for anyone who has owned one for any length of time. That’s just how batteries and charge cycles work. If you’re starting to experience greatly reduced battery life on your iPhone 5, are no longer under AppleCare, but aren’t ready to upgrade yet, you can always try a DIY repair. Not only it it easy but it’s a whole lot more affordable than a new iPhone. Follow along and we’ll walk you through from start to finish!

What you need to DIY replace the battery in an iPhone 5?

You’ll need some tools and parts in order to repair your iPhone 5, including the replacement assembly. If you’re in the United States or Canada, we highly recommend checking out eTech Parts as we’ve had lots of good experiences with them and know their customer service is out of this world. All the links below will route you to the direct item on eTech’s site.

Step 1: Power off your iPhone 5 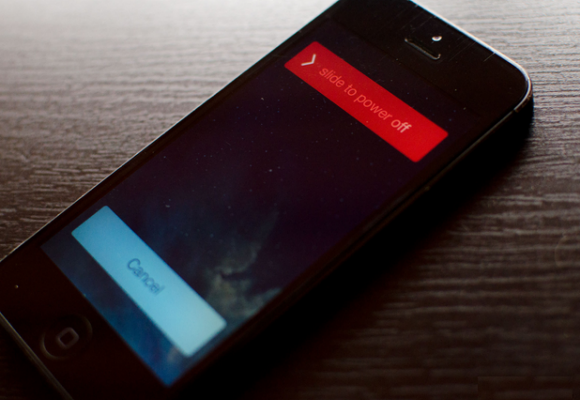 Before beginning any repair, always power your iPhone down completely using the Slide to power off option. Easy enough right?

To begin, use your security screwdriver to remove the two screws in the bottom of your iPhone 5 that sit on either side of the dock. 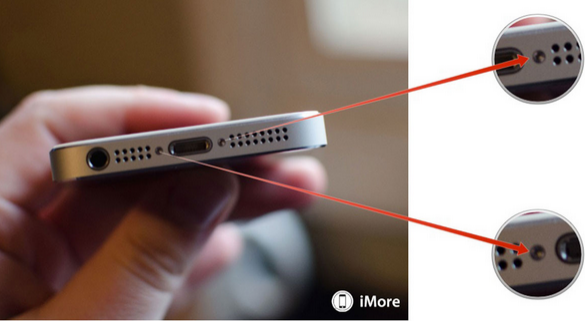 Now place your suction cup above the Home button and gently pry up from the bottom. Take care not to pull the entire screen off as the top of the screen is still attached by several cables. You only want to release the bottom portion 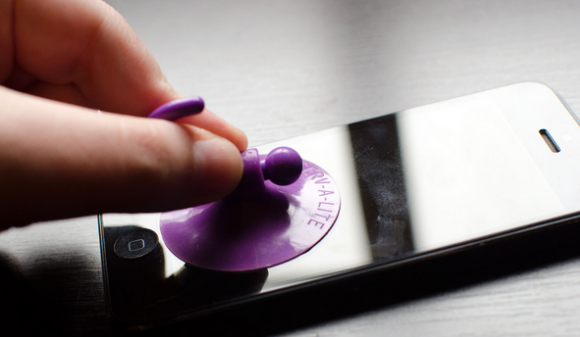 Once the screen is free, swing up the display assembly so you can get to the shield that is holding the cables in place. 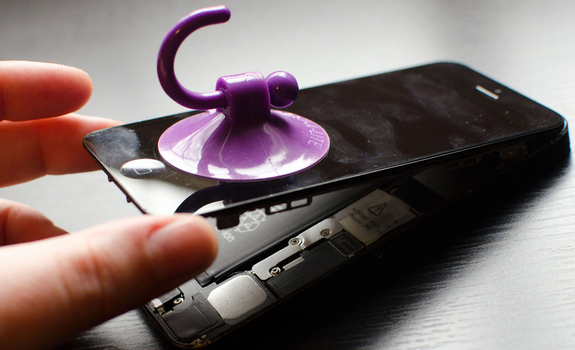 Using your ##000 screwdriver to remove the three screws holding the display shield down. Set the shield aside and remember not to mix up the screws. 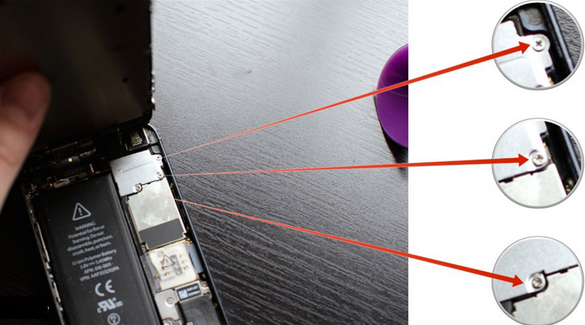 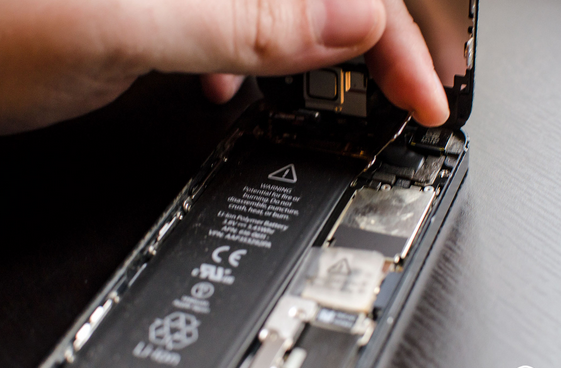 Now use your spudger tool to pry up the three cables that attach the display to the board. After you do so, the display should be free from the device. As a side note, you can only see two of the cables (as marked in the photo below) as the third is underneath. Most of the time the third one simply pops up on its own when you remove the first two. You may need to free it but most likely, it’ll come up on its own. The second photo below shows its location on the board for reference. 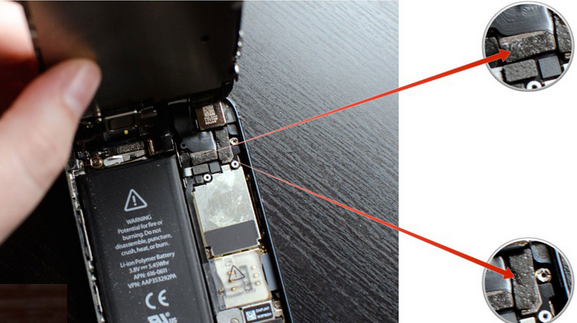 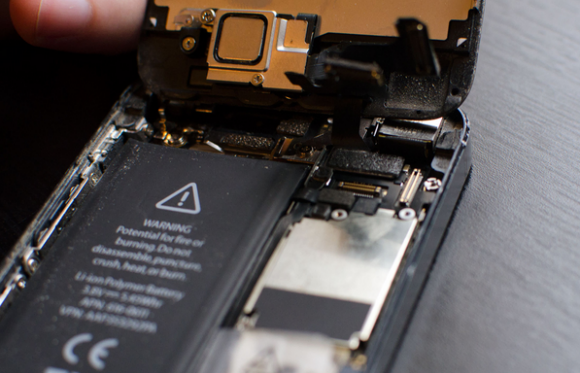 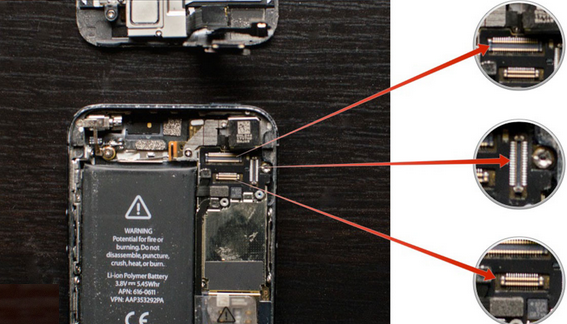 Set the device aside once the display is free. 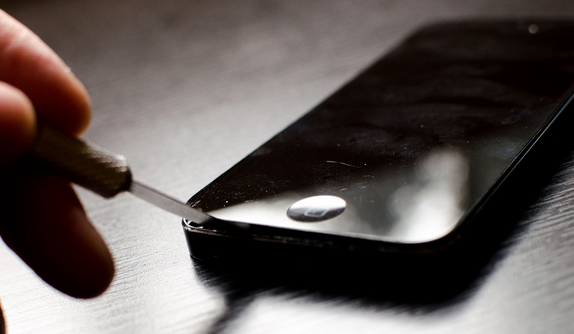 Alternate method: If you’re having issues pulling the screen up with a suction cup, you may insert a razor blade on the outer edge of either screw hold and pry upwards slightly. This method gives you enough clearance to stick your spudger tool underneath and release the screen. I recommend this method if your hands aren’t as steady or you’re afraid you may pull too hard and damage a cable.

I’ll preface this section by saying the plastic battery tabs to pull to release them are useless. They break off or bend the battery. You can try that method but I suggest following my instructions below instead.
Start by removing the two screws shown in the photo below. This shield covers the battery connector itself. Use your #000 screwdriver for this. 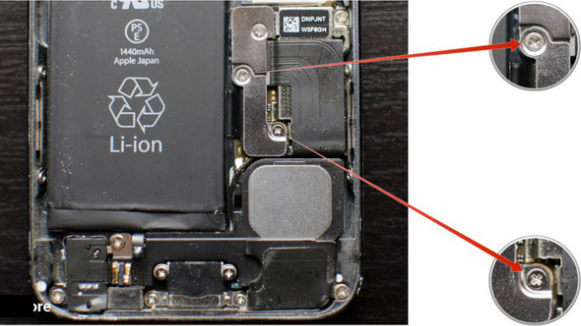 Now use your spudger tool in order to gently pry the connector off the board as shown. 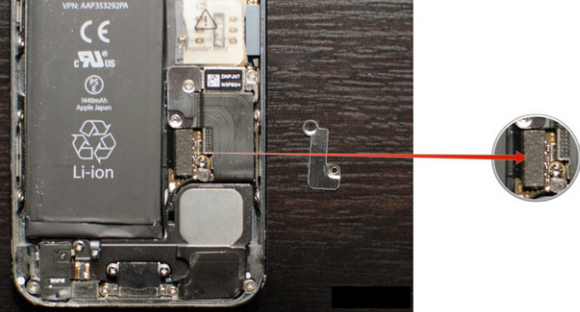 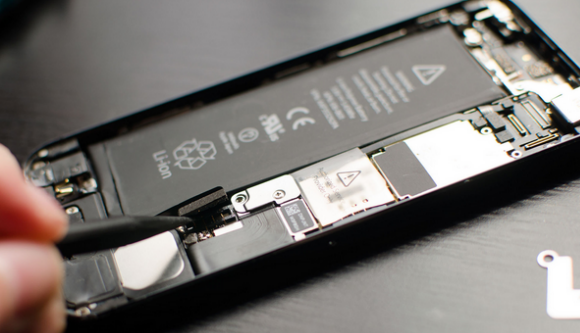 We are now ready to remove the battery, which is the hardest part and must be done with extreme caution as to prevent puncturing it or causing damage to the logic board. I use the iSesamo opening tool for battery removal because it’s pliable and that means it’s more delicate. You may use the flat end of a spudger tool if you’d like but I’ve found them to break off rather easily.

in order to remove the battery, start at the top left corner and put your opening tool between the casing and the battery. Gently start lifting upwards. You should hear adhesive start to crack. Now slowly move your tool around the left side of the battery and gently pry upwards a little at a time. Each time you should hear more adhesive cracking. Just apply pressure evenly and move your pry tool each time. 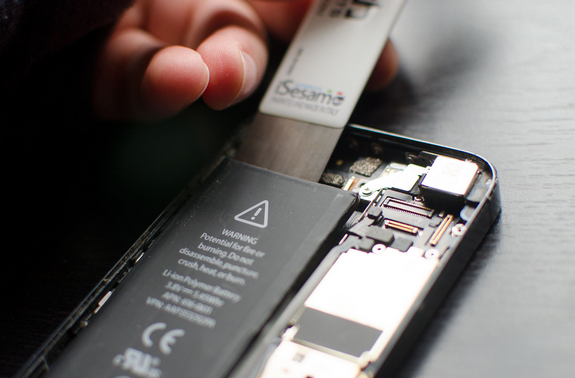 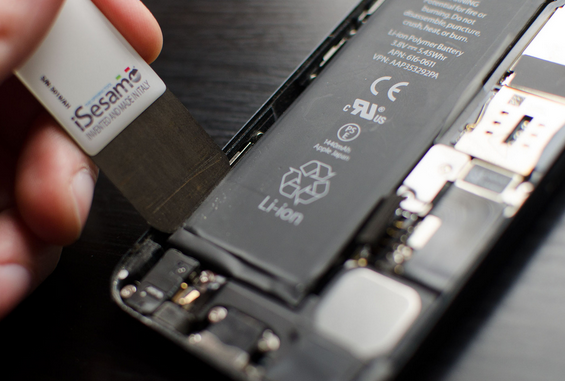 By the time you get to the bottom the adhesive should be nearly free, or free enough for you to grab hold of the battery and carefully break the rest and remove it. 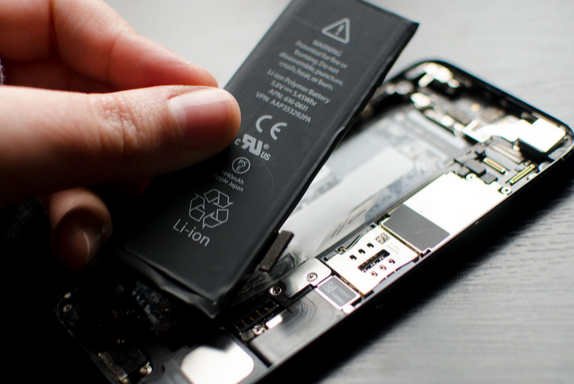 It is important while performing the steps above that you’re careful to not puncture or bend the battery. Just take your time and you’ll get there. Don’t rush and don’t force it.

Now you can insert the new battery. Pay attention to the connector cable as you may have to bend it to shape slightly if it isn’t already. Also peel off any adhesive backing from the rear of the battery. 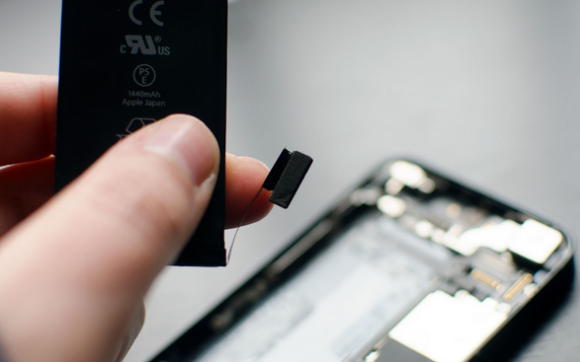 Reconnect the battery connector by carefully lining it up and pressing firmly with your finger.

Reposition the battery shield and use your #000 screwdriver to replace the two screws.

Re-attach the three cables for the display back to the board of your iPhone 5. 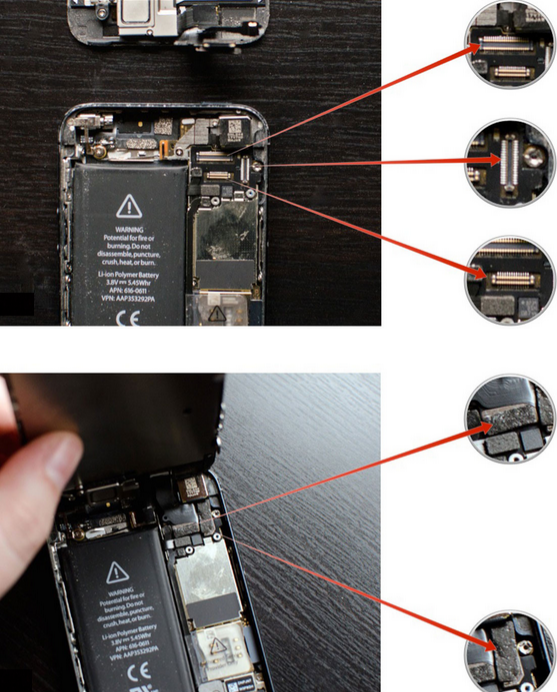 Carefully re-position the display shield over the cables once you’re sure they are secure.

Replace the three screws you removed previously using your ##000 screwdriver. Sometimes the top right screw is not magnetized and may be a little tricky to get back in. I normally guide it in with my finger and then use the screwdriver. Makes for an easier job 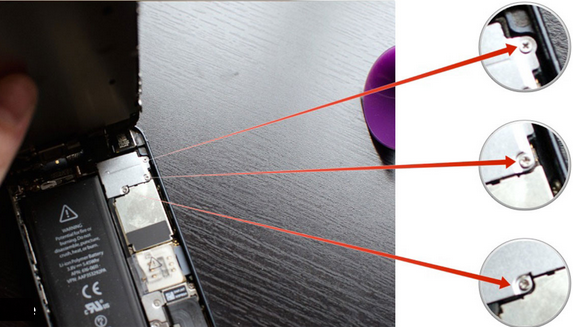 Now snap the display back down and into place. Be sure to line up the grooves in the top of the screen inside the frame. If you are facing resistance,do not force the display down. Make sure everything is lined up properly and that the clips in the top are aligned properly. Then try gently pressing down again.

Replace the two screws that sit on either side of the Lightning dock using your security screwdriver. 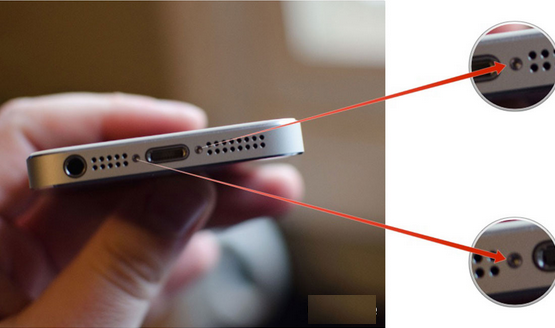 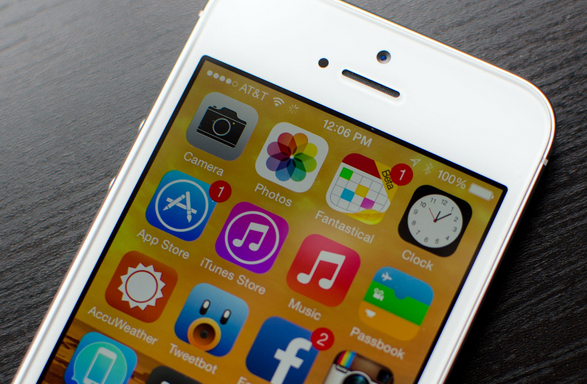 In order to test the battery, simply power on your iPhone 5 and make sure it works. It’s a good idea to charge it all the way and make sure the battery holds a full charge and doesn’t deplete too rapidly, which could be the sign of a faulty replacement. Also make sure your iPhone 5 doesn’t get warmer than it should while charging, another sign of a faulty battery. If you experience any of those issues, swap the battery out with eTech Parts or whoever else you purchased it from.