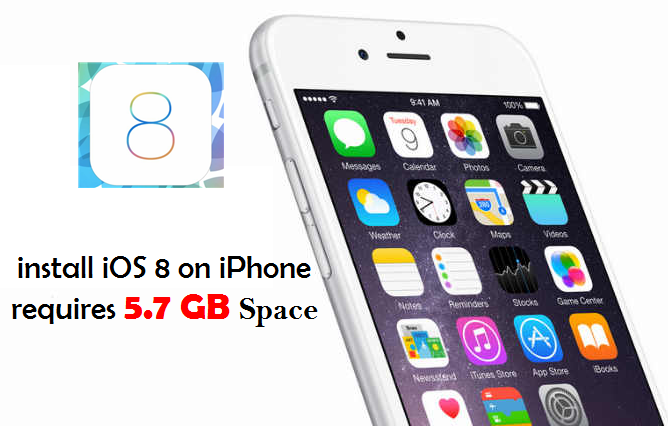 Apple’s new iOS 8 has released, and it’s a pretty great update with lots of new features that’ll make iPhone users happy. but if you try to install it directly on your iPhone 4S/5/5S, you’ll need to free up nearly 6GB of space for the 1.4GB update—which seems nuts!

But fear not, iPhone owners, there’s no need to delete your myriad selfies or songs to free up space for the iOS 8 update. As a workaround, get the iOS 8 update by plugging your iPhone into your desktop computer and running the update via iTunes (full step-by-step here). That way, the update process uses your computer’s much larger storage space rather than your phone’s much smaller storage space.

One quick tip: Make sure you’ve got the newest version of iTunes installed on your computer so it can see the iOS 8 update. Check out Five iOS 8 features you’ll love