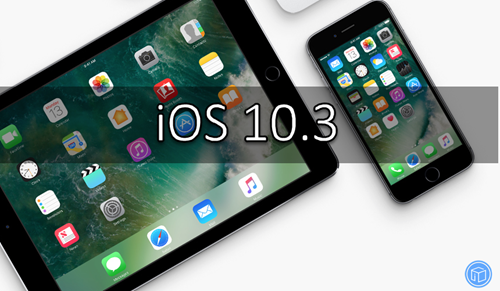 Apple released the third beta version of the coming up iOS 10.3 (build 14E5249d) to the developers. The first beta of iOS 10.3 was seeded for developers on 24th Jan 2017, and the second beta was released on 6th Feb 2017. There are a bunch of new features and one of it is Find My Airpods. Don’t be too excited if the latest iOS 10.3 has released publicly, make sure your iPhone data has perfectly backup. If you have lost your iDevice data while updating to iOS 10.3, a professional iOS Data Recovery Tool will help you to get back your missing iDevice Data.

Find My Airpods is increased into the “Find My iPhone” app. The concept is basically the same, Apple users are able to track your location of the new Apple wireless earbuds case easily with the new Find My Airpods feature. You can play sounds to find your airpods, this major features could give an advantages for Apple users who will always forget where they put their earpods. So far, this feature could be one of the major improvements we see in iOS 10.3.

Theatre Mode will be added to the Control Center on iPhones/iPads and the icons will be look like a popcorn shaped. The Theatre Mode button will have the option to dim the screen or mute audio and notifications when Apple users in theatre. If this Theatre Mode is officially has become one of the new features, I guess iPhone/iPad/iPod Touch usage is not allowed in any theatre. But does this feature will be added in iOS 10.3?

Most of the changes will be the improvements of the existing features.

There are just more improvements of iOS 10.3 and we might not know it for now. We believe that the newest iOS 10.3 will bring every Apple users a dozen of useful improvements when it has released officially.