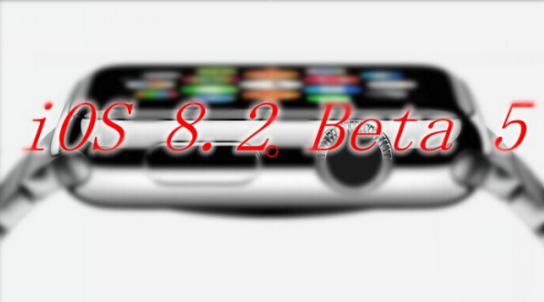 Apple has released the new Beta version of iOS 8.2 to all these registered iOS Developer program. The fifth beta version build arrives as 12D5480A and continues to focus on general bug fixes and improvements.

As BGR reported that iOS 8.2 is currently planned for release sometime in March. The upcoming iOS release will also include support for iPhone and iPad communicating with the Apple Watch.

Developers who are running iOS 8.2 on their iOS devices can find the fifth beta available now as an Over-The-Air update, weighing around 270MB, through the delta update mechanism in Settings > Software Update.iOS 8.2 includes the WatchKit SDK, allowing developers to create apps, Glances, and notifications for Apple’s upcoming wearable device ahead of its 2015 launch. 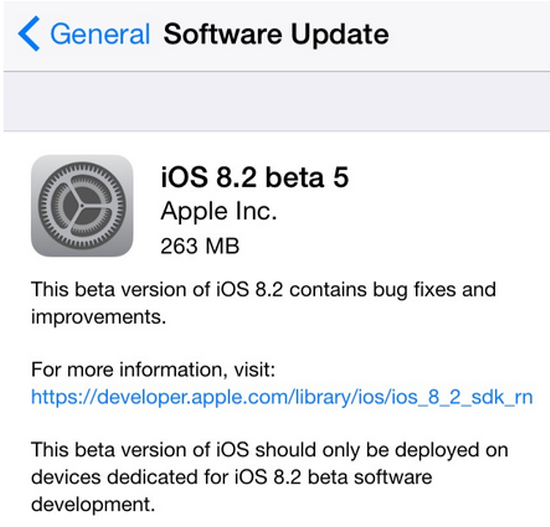 It appears iOS 8.2 beta 5 fixes a bug that prevented Facebook from working properly. Some early reports have also suggested the beta fixes the “GMT bug” in iOS 8 calendar syncing.