A growing number of users on Apple’s support forums are reporting an issue with iOS 8 and the time zones of synced calendar events, reports Forbes. Known by users as the “GMT bug,” the issue is causing confusion as calendar events sometimes see a secondary time zone (frequently GMT) added on.

On Apple’s support forum, there are nearly 600 responses to a problem with Apple’s handling of time zone in Calendar events that are synced via a service like Google or Microsoft Exchange.

“Since updating my iPhone to iOS 8, the Calendar app now shows all my newly added events with GMT times, and not the local time (as I am not in GMT, I am +9 hours). All my previous and existing entries are displaying normally. However, if I open one of the new events and enter the events details screen, the local times are clearly displayed along with a GMT equivalent time underneath it. Any ideas? Is this a bug?” 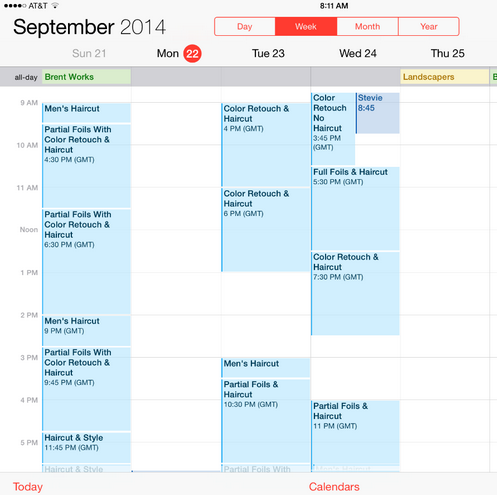 The issue stems from iOS using the syncing server’s time zone in the event, rather than the user’s time zone. So while the entry is correct on the user’s device, if they edit the entry without realising the difference in time zones, it can cause problems, leading to incorrect times, and missed appointments. Most commonly the server time zone is GMT, which is why this bug is also dubbed the “GMT bug”. It was introduced in iOS 8, and Apple hasn’t fixed it yet.

The issue is only in the default Calendar app, so you can use a third party app like Fantastical or Sunrise as a work around.

Apple has confirmed that this behavior is indeed a bug, so we can expect a fix either in the impending iOS 8.1.3 update, or iOS 8.2, which is in beta currently.