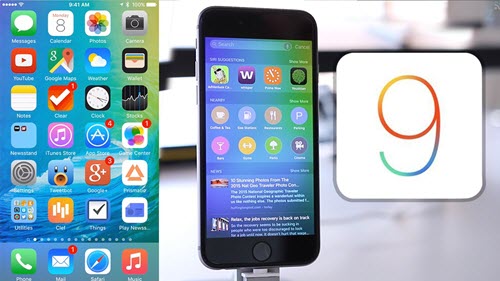 Another iOS 9 beat version has been seeded to the developers by Apple Inc. And it is the third beta version which the public are accessible, more than two weeks after releasing the fourth beta and two months after unveiling the new operating system at the 2015 Worldwide Developers Conference, according to MacRumors.

The update, build number 13A4325c, is available as an over-the-air update and can also be downloaded through the Apple Developer Center.

Today’s beta introduces new wallpapers and heralds the imminent release of a WiFi calling option for AT&T users. For a full list of changes in the beta, make sure to check out from iOS 9 Beta 5 Tidbits post.

iOS 9 beta 4 brought the return of Home Sharing for music and it fixed a bug that had prevented the iPhone’s volume buttons from being used as a camera shutter. It also introduced a new look for Handoff in the app switching interface.

In addition to providing developers with five betas, Apple has also seeded two iOS 9 betas to public beta testers. The company plans to release iOS 9 to the public in the fall, likely alongside new iPhones.