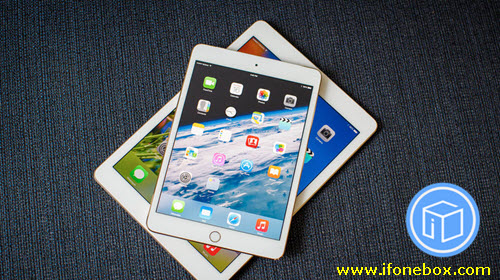 It is said that Apple is going to introduce iPad Pro and iPad Mini 4 in the approaching September 9 event, along with new iPhone 6s, iPhone 6s Plus, Apple TV as well as new Apple Watch Sport bands, according to MacRumors.

However, Apple do not plan to ship the new iPad Pro until November following late October pre-orders. A September introduction for new iPads is not in line with Apple’s past iPad updates, which have come in October for several years running, but Apple may be introducing the iPad Pro several months early in order to give developers time to create apps for the new device.

In addition to a larger 12.9-inch display, the iPad Pro is expected to include an A9 processor, 2GB of RAM, a Force Touch-enabled stylus, and perhaps USB 3.0 ports that will support peripheral devices. The tablet will run iOS 9.1, an update to iOS 9 that will debut in November when the iPad Pro launches.

Apple also plans to introduce the iPad mini 4, a significant update that brings the 7.9-inch tablet in line with the existing iPad Air 2. It appears the 9.7-inch iPad Air 2 may not be updated in 2015, with Apple instead focusing its attention on the iPad Pro and the iPad mini 4 and pushing the iPad Air 2 update back to 2016.

It is a special and amazing month for Apple, more new products will be debut. Are you ready to get the new iDevice?  Next is a video shows you what you need to know about new iPad Pro: