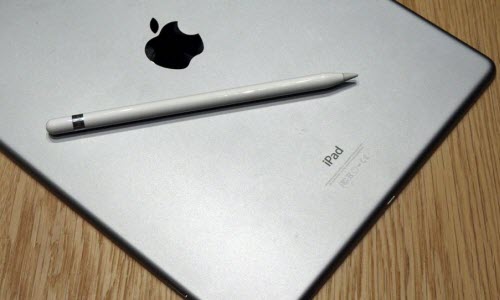 From InformationWeek: Apple’s professional-grade tablet is a massive slate that may replace a laptop for some — but definitely not all — mobile professionals. Here’s a look at where the iPad Pro rises to the occasion and where it falls flat.

Size Matters
The iPad Pro is thin and (comparatively) light, but the large screen pushes its overall footprint into the awkward. The iPad Pro weighs 1.57 pounds, which is about as much as the original iPad weighed five years ago. It is 50% heavier than the iPad Air 2. The tablet is 12 inches long by 8.68 inches wide, and comes in at 0.27 inches (6.9mm) thick.
Not A Comfy Couch Companion
I found the iPad Pro was bulky to use as a slate.
For example, each evening I crash on the couch around 10 p.m. to catch up on TV with my iPad in tow. Where the iPad Air 2 is a perfect couch companion, I was unable to get used to the iPad Pro’s size and weight after a week’s worth of testing. I also tried watching a movie on the iPad Pro, and found it far less comfortable to manage than the Air 2. I wouldn’t want to use the iPad Pro for entertainment on an airplane, where it would be cumbersome.

Aside from the size, however, the iPad Pro is top-notch. The 12.9-inch screen, with 2,732 by 2,048 pixels, is sharp, colorful, and brilliantly bright. The four speakers are loud and deliver excellent quality sound, whether it be your favorite work playlist or the latest action movie from Hollywood.

All the buttons and controls function as they should. I like having TouchID built into the home button for securing the tablet and managing iTunes purchases. The screen lock and power buttons are a bit on the small side, but work perfectly. I do feel as though Apple blew it by giving the iPad Pro a Lightning connector rather than USB Type-C, but at least the iPad Pro is compatible with the bulk of existing Lightning accessories. The battery easily pushed through 10 hours of intense usage, which is enough for a full work day. I think 12 hours would be better, but Apple seems determined to keep the battery life of all its tablets at 10 hours. The FaceTime camera performed flawlessly and the WiFi worked wonderfully.

The iPad Pro’s problems are not hardware related. Instead, the tablet is crippled by iOS and applications.

On the plus side, multitasking in the split-screen view is a dream come true. This tool allows people to run two apps side by side, either in a 2/1 or 1/1 ratio. My favorite configuration is filling two-thirds of the screen with Safari and one-third with Twitter, but a number of other apps support this style of working. It makes a huge difference when you need to reference one app to accomplish things in another. The iPad Pro’s added screen size is welcome when it comes to multitasking.
Easy On-Screen Typing
The software keyboard is a huge improvement. The iPad Pro includes a near full-size on-screen keyboard that offers a dedicated row for numbers and select other characters. If you forego a hardware keyboard, you should still be able to type out emails with relative ease on the iPad Pro’s software option.

My biggest complaint is app compatibility. First, the number of apps that are still limited to iPhone only is mind-boggling (Instagram, with 400 million users, comes to mind). Apple should be mandating universal apps across iOS devices at this point. Even the apps that are compatible with iPads aren’t necessarily compatible with iOS 9, or the iPad Pro in particular. A prime example is Google’s Gmail app. It works perfectly on the iPad Air 2, but renders incorrectly on the iPad Pro and refuses to show the email preview panel. This pretty much kills the app’s usefulness entirely. I saw poor behavior from Google Docs (my main writing tool) and other apps, as well.

Certainly, apps will improve over time. Developers will surely provide the necessary updates to give iPad Pro owners the experience they deserve. For now, however, the selection feels limited.

Other iOS issues persist. For example, the iOS home screen. Apple insists on limiting the number of apps per home screen and still rigidly forces them into an evenly spaced collection of icons. The giant app icons look ridiculous in the iPad Pro’s huge screen. Then there’s file management. Without a simple file finder on board (I’m talking beyond Siri Search), sending attachments requires jumping through iOS’ “share” hoops, which vary on an app-by-app basis.

As good as the mobile version of Apple’s Safari browser is on the iPad, it’s still not as good as Safari (or other browsers) on Mac computers. Entering text into multiple text fields remains a tedious chore.

Speaking of text entry, let’s talk about keyboard accessories. The Apple Smart Keyboard is pricey at $169. I played with one at an Apple Store and genuinely like the feel of the keys and how it folds up to protect the iPad when in transit. It is thin and light, but lacks specific, actionable shortcut keys for adjusting screen brightness, volume, search, and home.

I tested the iPad Pro with Logitech’s Create backlit keyboard case ($149) for a week and have come to really like it. The keyboard makes use of the iPad Pro’s Smart Connector, which negates the need for Bluetooth and supplies the keyboard with power. Logitech’s keyboard has a fantastic feel under the fingertips and provides useful shortcuts to managing volume, multitasking, and how bright the keys are. My chief complaint about Logitech’s accessory is the size and weight. It doubles the bulk and weight of the iPad Pro; in fact, together, the iPad Pro and Logitech Create keyboard are bulkier and heavier than my 13-inch Macbook Pro. That’s problematic.

Neither the Apple nor the Logitech keyboard offer flexible viewing angles. Each is stuck at a single angle, unlike the Microsoft Surface Pro 4. Moreover, the Apple and Logitech keyboards feel precarious and wobbly when positioned on my lap. Neither is as sturdy as I’d like them to be, though on solid surfaces, such as tables or desks, they are fine.

I am no artist and hardly ever use a pen or pencil for any reason. I tested the Apple Pencil at my local Apple Store, however, and immediately saw the potential. Digital artists can certainly make use of the $99 accessory for penciling all sorts of fantastic drawings, paintings, sketches, and other creations. Right now, Apple Pencils are in short supply. Some are fetching as much as $500 on eBay.

I do like the iPad Pro, but I am on the fence about keeping it. Bigger isn’t always better. The Apple iPad Air 2 is just as capable (and limited) as the iPad Pro when it comes to running apps and multitasking. Apple’s tablets are on even footing with respect to battery life. The iPad Pro offers more screen real estate, better sound, and the Apple Pencil. The iPad Pro’s benefits are overshadowed by the increase in size and weight, which, when paired with a keyboard, are equal to that of laptops.

Can the iPad Pro really replace a full laptop computer? Well, it costs just as much — and sometimes more. With a starting price of $799, the iPad Pro is not cheap. Bulking up the storage to 128 GB and adding in the Logitech Create keyboard raise the price significantly to $1099. I still believe laptops are better at multitasking, and faster at many other tasks.