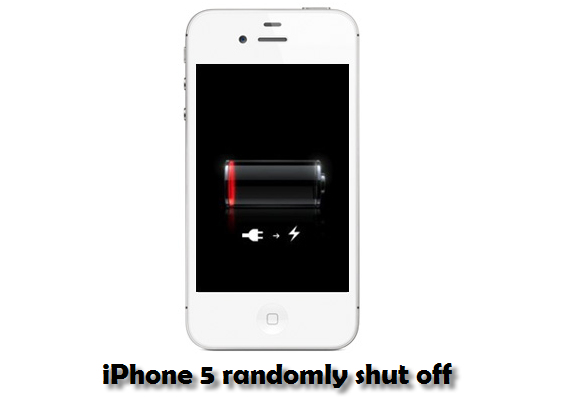 iPhone randomly restart is an issue that seems to plague many iPhone 5 (iOS 7) owners. In some cases, the issue is software related, while in others, it is caused by a defective battery. Regardless which category you fall under, we can help you fix it!

1. Hard reboot your iPhone 5
If you haven’t already, the first thing you should do when you’re having any kind of issue with any iPhone is hard reboot it. You can do this by holding down the Home button and Power button at the same time. Don’t release them until you see the Apple logo appear on the screen.
If your iPhone 5 doesn’t turn on at all, continue to the next step.

2. Plug your iPhone 5 into a charger
Most people whose iPhone battery drop quickly find that when they plug their iPhone 5 into a charger, it will begin charging and then power back on as if nothing was wrong after only a few moments. So if a hard reboot won’t turn your iPhone 5 back on, try plugging it in.
If your iPhone 5 turns on, it should begin working normally again. However, this most likely means that the battery is defective and should be replaced either by Apple or by performing a DIY repair on your own. If you want to go the DIY route, use the following link for step by step instructions along with links to where you can buy a replacement battery and the tools you’ll need for the repair.

3. Restore your iPhone
If neither step 1 or 2 seem to work for you, it’s possible that a software issue is the culprit. In this case, you should plug your iPhone 5 into iTunes and manually try and restore it.

If a restore works but you experience the issue again, it could still be a defective battery, which means you should use the link in step 2 to replace the battery, or take it into an Apple Store to have it done for you.