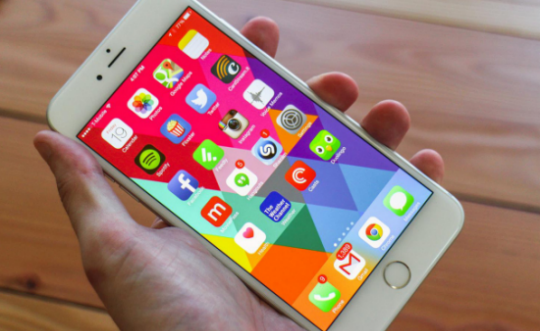 Earlier this week, Apple’s sixth iOS 8 bug fix update pushed out. The update, iOS 8.1.3 , is a rather large iOS update in that it checks in at well over 200MB for some versions of the iPhone and iPad. The iOS 8.1.3 change log notes several different bug fixes including one that will allow iPhone and iPad users to install iOS updates Over-the-Air without needing a ton of free space. It also comes with an assortment of enhancements and fixes.

iOS 8.1.3 is an incremental update though as many iPhone and iPad users know, even the smallest iOS updates can have a huge impact on the performance of a device. Often, that impact is positive. Other times it’s negative. iOS 8.1.3 appears to offer both to iPhone and iPad users. We’ve gotten a ton of positive feedback but we’ve also heard about iOS 8.1.3 problems as well.

With those in mind, I’ve been taking a look at Apple’s iOS 8.1.3 update on a number of devices including the iPhone 6, Apple’s 4.7-inch model. Today, I want to offer some feedback to those that might be leery of the update and to those that are already on iOS 8.1.3. This is my full iOS 8.1.3 on iPhone 6 review and it will attempt to answer the question that we’ve received many times over in the past week: Is iOS 8.1.3 worth installing on the iPhone 6? Let’s find out.

From Tuesday up until today, we’ve spent a ton of time with iOS 8.1.3 on iPhone 6. The iPhone 6, after all, is my daily driver. Before getting into this detailed review and my impressions, I should note that mileage is going to vary from device to device, person to person.

That is to say, I probably don’t have the same apps installed and there’s a chance that I use Google Chrome, play more games, and use my home screen more than you do. So, consider this a general guide as you try to decide whether iOS 8.1.3 is worth installing on your iPhone 6.

Over the past five days or so, I’ve been using my iPhone 6 apps as much as humanly possible in an effort to detect any problems or issues with them with iOS 8.1.3 on board. So far, every single application (I have around 70 now) has performed beautifully with trouble makers like Twitter, Facebook and Google Chrome all performing well after making the jump from iOS 8.1.2.

I’ve seen Chrome crash a few times over the past few days but that’s nothing new. Other than that, every single one of my apps from Instagram to Google Hangouts to YouTube are all running flawlessly with Apple’s brand new software on board.

The solid performance doesn’t surprise me. Apple and its developer partners have done an outstanding job thus far and every single transition from iOS 8 update to iOS 8 update has been pretty smooth. There is always a chance that these apps will start acting up in the future but for now, the app experience on the iPhone 6 with iOS 8.1.3 on board is very stable. As it should be.

Obviously, I don’t have the same exact applications that you do and it would be next to impossible for me to test and report back on every single application. What I can tell you though is that if you are experiencing problems with an application, try updating it with the latest bug fixes. I keep my apps up to date and I have automatic updates on so I don’t even have to think about it.

If that doesn’t work, try reinstalling the application. This has worked for me in the past and it’s definitely something worth trying if your app collection doesn’t agree with iOS 8.1.3. If that doesn’t work, contact the developer. You’d be surprised how much third-party developers dig feedback.

I continue to get solid battery life after the iOS 8.1.3 update. I haven’t experienced any abnormal drain and the iPhone 6’s battery still holds a fantastic charge. I’ve been able to go about my daily routine which consists of me using my iPhone 6 all day for work and play. Given that I am a heavy user, I typically have to charge it at least once a day. Average users may not.

There are a lot of factors that play into iPhone battery life. Habits, apps, settings. If you’re experiencing battery troubles on iOS 8.1.3 or below, my guess is that one of those things is responsible for the drain, not the iOS update itself.

I’ve seen the complaints about Wi-Fi and Bluetooth connectivity but thus far, both connections are stable on my iPhone 6. I’ve tested my iPhone 6 on a number of different routers and I haven’t bumped into any issues. The device still pulls down extremely fast download and upload speeds and the connections themselves have proven reliable.

I’ve also been able to pair my iPhone 6 to several Bluetooth devices including Bluetooth in a Toyota Prius. I haven’t experienced any hiccups and everything seems to be working fine. That’s big for me because I often connect my iPhone 6 to my Bluetooth speakers. There are no AT&T LTE problems to speak of either. Everything is working out just fine on iOS 8.1.3.

It’s very clear that some iPhone users are dealing with iOS 8.1.3 problems. Thus far, my iPhone 6 is in the clear. I haven’t noticed any severe, hero level bugs on the iOS 8.1.3 update and I’ve really only run into one smaller bug worth mentioning.

The bug threw me off but it’s not a make-or-break type issue. It’s small and my guess is that it will resolve itself in the days ahead. Smaller iOS bugs will often do that.

At this point, it looks like the iPhone 6 iOS 8.1.3 update is extremely stable as it provides solid performance in all key areas including battery life. It’s an excellent update (as of right now) but you shouldn’t feel any pressure to install it unless you’re dealing with iOS 8 problems on another version. Take your time, do your homework, gather more feedback, and then come to a decision. Remember, you can always wait for iOS 8.2 to arrive in a few weeks if you’re not sure.