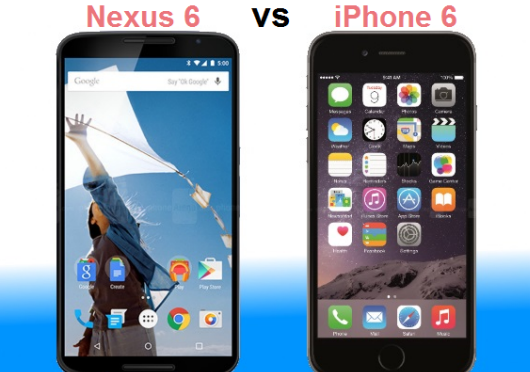 After weeks of teasing and hesitation, Google and Motorola finally unleashed the Nexus 6. Google did not take to the stage like Apple but it did outline many of the Nexus 6′s important features including hardware, software and more.then how does the Nexus 6 compare to Apple’s iPhone 6? Let’s break down the specs and take a look.

iPhone 6 comes with a larger 4.7-inch display. This compared to the 4-inch Retina Displays found on the previous two iPhones, the iPhone 5s and the iPhone 5. 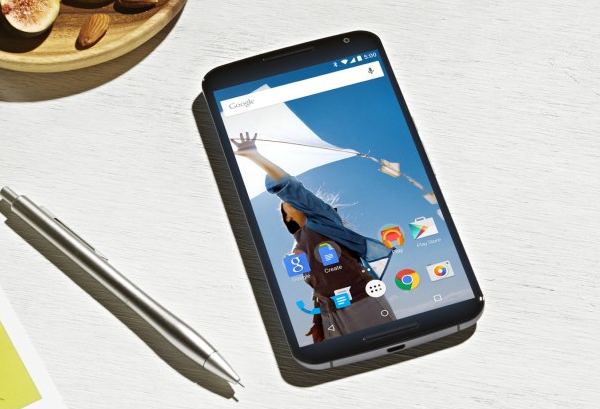 Content on the iPhone 6 looks nice but again, after using 2K displays, you’re going to notice some differences especially with photos. Content on 2k displays look crisper. Google’s Nexus 6 comes with a 2k display that measures nearly 6-inches. It’s the largest Nexus smartphone screen ever and there’s also a good chance that it will be the best looking Nexus screen ever. If the quality is anywhere near the LG G3 or Galaxy Note 4, it’s going to visibly trump the iPhone 6.

We should also note that Apple’s iOS 8 software includes Reachability, an option to make using the iPhone 6 with one hand easier. So far, we haven’t seen anything like this baked into Android 5.0 Lollipop, the software that’s arriving on board the Nexus 6 next month. 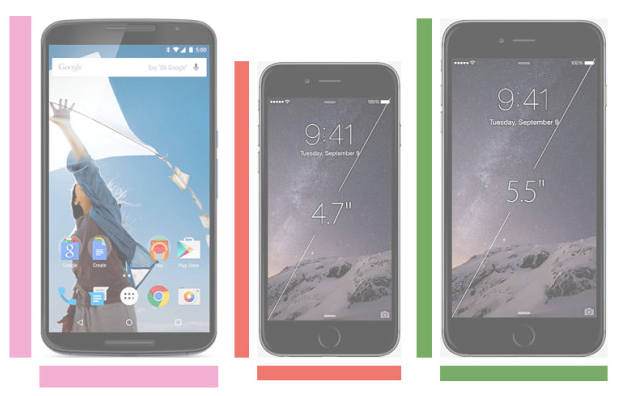 The overall design of both phones includes a metal frame, but the Nexus 6 features a curved back not found on the iPhone 6. This is at least partially why the Nexus 6 is much thicker than the iPhone 6′s design. For those that aren’t visual learners, here’s how the two smartphones stack up from a dimensions standpoint. 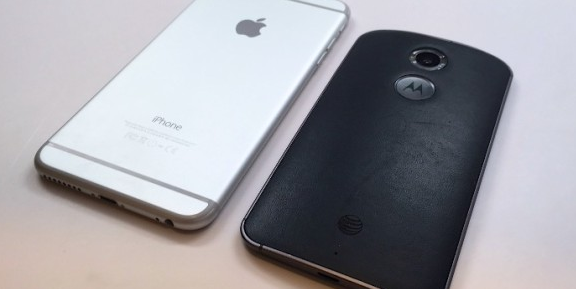 One thing that we should note: the breaks in the frame for the antennas are not nearly as visible on the Nexus 6. They are very visible on the iPhone 6 aluminum design.

These are two flagship smartphones from 2014 which means that they both come with the latest and greatest features. While we won’t review and compare every single iPhone 6 and Nexus 6 feature here, we’ll run down some of the more important features that we think prospective buyers should keep an eye on going forward.

iPhone 6 Plus vs Nexus 6 Specs

The features offer a better look at what the Nexus 6 and iPhone 6 are capable of, but if you want to compare specs, here’s a look at how all of those stack up against each other. 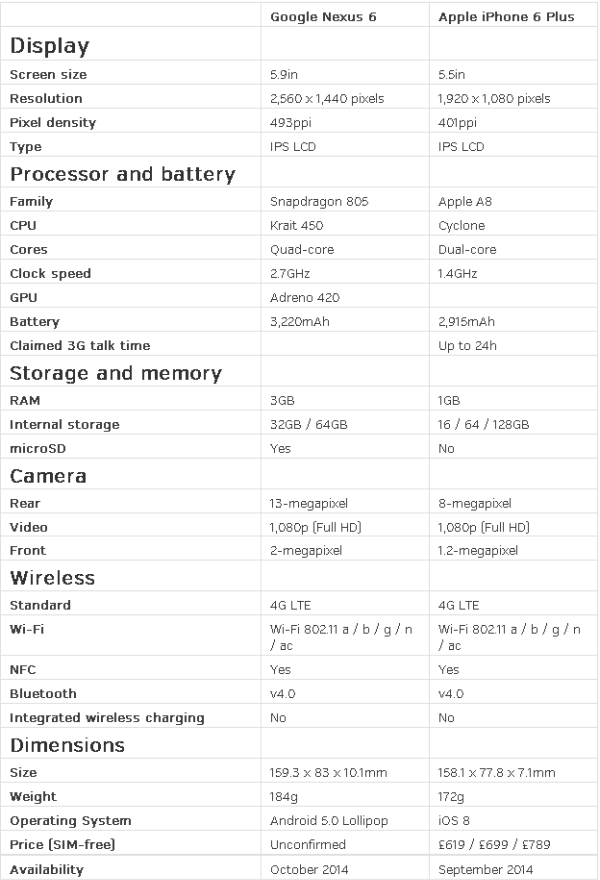 Google’s Nexus 6 will be coming to five carriers in the United States. AT&T, Sprint, T-Mobile, U.S. Cellular, and Verizon will all stock the Nexus 6 later this year. This is a big difference from the Nexus 5, a device that arrived only on AT&T, Sprint and T-Mobile. We’re still not sure how much the Nexus 6 will cost on contract though a recent leak hints at a $50 price point. At this point, that seems low.

Off-contract, the Nexus 6 is going to cost $650 for a 32GB model and $700 for a 64GB model. That’s far more expensive than last year’s Nexus 5 which remains on shelves as Google’s budget alternative. 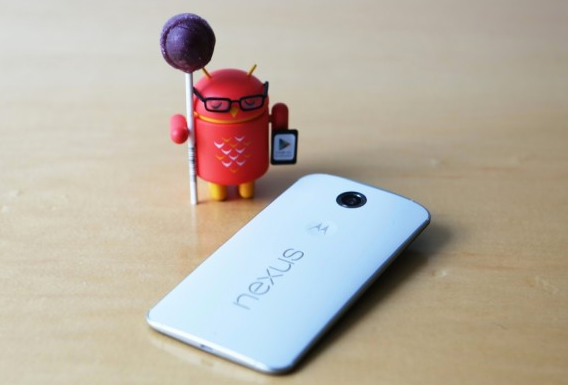 Apple’s iPhone 6 is available on all five of those carriers and tons of others including C Spire Wireless, Bluegrass Cellular and others. The iPhone 6 offers more choice to prospective buyers.