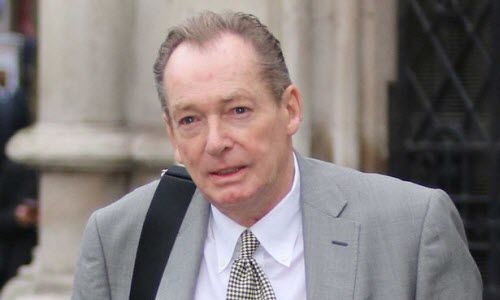 Report from neowin:  Our gadgets can sometimes go wrong, and may even need to be taken to a repair center for a fix. And in times like these, it’s important to back up all of one’s data, in the event that the handset will be wiped. But in the case of a pensioner, this important step was not taken, leading to loss of data, and a lawsuit against Apple.

Deric White, 68, is demanding £5,000 (about $7,500) in compensation over the loss of his honeymoon photos with his wife, and 15 years worth of contacts stored on his iPhone. “My life was saved on that phone. I lost my favourite video of a giant tortoise biting my hand on honeymoon in the Seychelles,” White said.

Elaborating further about his issue, White said that he received a number of text messages stating that there was a fault with his iPhone 5 handset. Upon being notified, he reportedly took his device to an Apple Store in Regent Street in London.

Soon after, White claimed that the store staff took a look at the phone, who eventually declared that the phone’s issue was ‘sorted’. Little did the pensioner know that all his data were wiped and gone forever. “It was only after staff fiddled around they asked if I’d backed my things up,” he said. “My wife was in tears and I started crying when I realized what had gone.”

He is now facing Apple in a London court, which reportedly isn’t taking any responsibility for the data loss. One of the court papers reads: “The claimant has not demonstrated how he suffered any loss.” If White emerges victorious, he plans to use the £5,000 to take his wife on a second honeymoon.

Regardless of the outcome, the incident stands as an important reminder to keep your mobile data always backed up.

How To Recover Deleted Contacts From iPhone 6s Without Backup?

How To Recover Photos Lost After iPhone Repair

How Can I Get Back Photos I Unintentionally Deleted off iPhone?