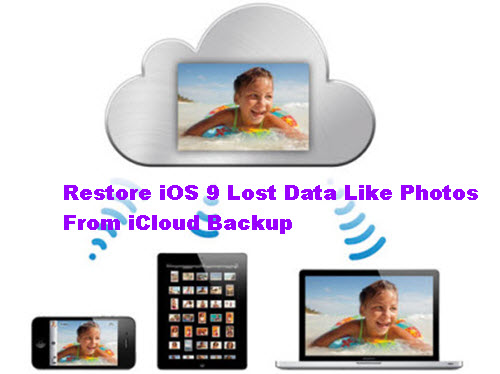 iOS 9 has been released officially, which means, another wave of iOS data loss problem is coming. Yeah, today, we received many messages for help. Generally speaking, most people lost partial data like photos, messages, contacts from iPhone after update to iOS 9. They are unwilling to reset their iPhone and then, restore the whole iCloud backup to it. So, the question here is, how to restore iOS 9 lost data like photos from iCloud backup selectively? Have you got a method to extract and restore partial data from iCloud backup? If not, follow me.

In order to restore lost data like photos from iCloud backup after update iPhone or iPad to iOS 9, firstly, let’s have a look at a powerful and professional iOS data recovery software, called iFonebox. With it, you can get back those iOS 9 lost data from iCloud backup with just 3 steps.

It is known that iFonebox is a professional iOS data recovery software which can not only extract and restore lost data like photos, voice memos, notes, etc from iTunes or iCloud backup, but recover deleted data like contacts, iMessages, WhatsApp messages, notes, calendars, and more from iPhone/iPad/iPod Touch directly. Pretty cool. Another main functionality of iFonebox is that it supports to recover lost contacts and notes back to your iDevice directly. BTW, if you want to transfer restored photos and videos back to your iPhone or iPad, let iTunes help you. Next, I will show you how to restore iOS 9 lost data from iCloud backup.

There is no doubt that you have to download and install iFonebox: Windows version and Mac version. If you need Free Trial Version for iFonebox, come here: Win and Mac. 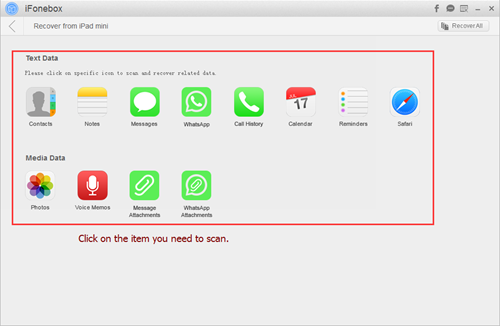