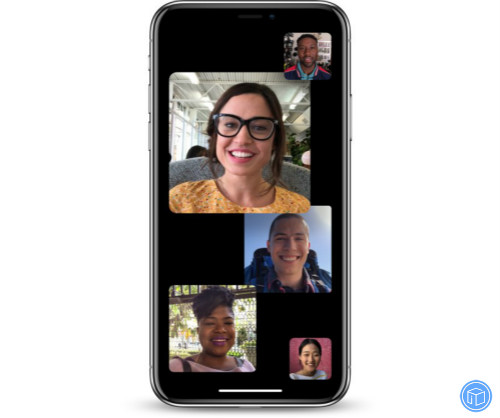 Registered developers can download the new iOS 12.1 beta from Apple’s Developer Center or over-the-air once the proper configuration profile has been installed from the Developer Center.

iOS 12.1 includes several new features that Apple promised would come to the new iPhone XS and XS Max devices. The beta introduces support for the eSIM, which is a digital SIM that lets you activate a cellular plan from a carrier without the need to use a physical SIM card.

Carriers will need to implement support for eSIM, which is likely to happen after iOS 12.1 launches. In the U.S., AT&T, Verizon, and T-Mobile will support eSIM.

The iOS 12.1 update brings a new real-time Depth Control feature, which lets you adjust the depth of field of your Portrait Mode photos before you capture them. Right now, in iOS 12, Depth Control is only available for post-capture editing.

If you tap on the “F” icon at the top of the screen while capturing a photo you use Depth Control to adjust the amount of background blur in an image.

In addition to these iPhone XS and XS Max features, iOS 12.1 reintroduces the Group FaceTime feature that was removed from iOS 12 during the beta testing period. Group FaceTime was present in many early betas but was ultimately removed because Apple needed more time to test it.

Group FaceTime is designed to let iPhone and Mac users conduct video and audio chats with up to 32 participants at one time, with new camera effects features included.

As for bug fixes, iOS 12.1 addresses a charging problem that could cause iPhone and iPad models running iOS 12 to fail to charge when connected to a Lightning cable while the screen is off and it fixes a bug that caused iPhone XS and XS Max models to prefer 2.4GHz WiFi networks to 5GHz networks, resulting in perceived slower WiFi speeds. Both of these bugs have also been addressed in the iOS 12.0.1 update, released yesterday.

If any additional new features are found in the third iOS 12.1 beta, we’ll update this post with details.