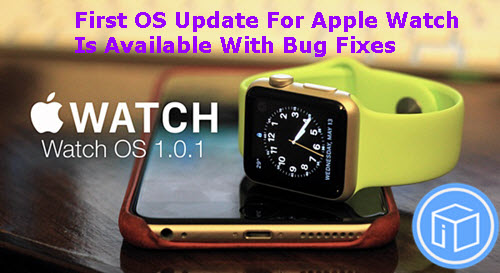 Today, Apple has released Apple Watch first OS software update and now, you can update your Apple Watch OS from 1.0 to 1.0.1. Apple Watch was officially released and on sale on April 24. In less than one month, a new update is released to make improvements for the fashionable Apple Watch. Also, some bugs are fixed in this update.  END_OF_DOCUMENT_TOKEN_TO_BE_REPLACED