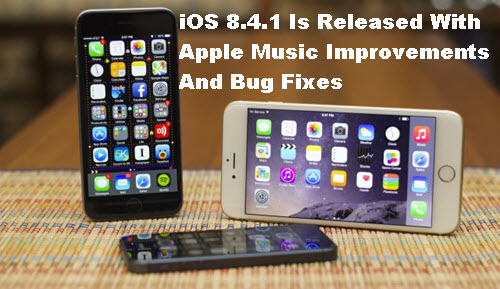 Apple has released iOS 8.4.1 to the public, just 6 weeks after iOS 8.4 was officially released to us. Now, you can update your iPhone or iPad to iOS 8.4.1 via over-the-air through the using the Software Update tool in the Settings app on iOS devices. This time, iOS 8.4.1 was released with Apple Music improvements and some bug fixes. Next is a detailed improvements and bug fixes of iOS 8.4.1.  END_OF_DOCUMENT_TOKEN_TO_BE_REPLACED