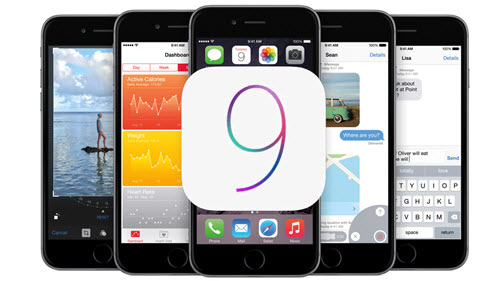 Several months has been past since iOS 8 was released. Most people are looking forward to the new iOS 9 hoping bugs of iOS 8 can be fixed. Now, more rumors of iOS 9 have come out and here is something you need to know about iOS 9.

After Apple Watch and iPhone 7 unveiling, the next big project for Apple this year is the released of iOS 9 and iOS 9  will be the focus on the following WWDC 2015. WWDC 2015 starts on June 8 and you can expect iOS 9 to take center stage during the software-focused keynote that morning. The new iOS is going to favor new features, apps and stability over drastic visual changes, according to the latest rumors. Here’s what we collect from TechRadar.com.

Apple has confirmed the June 8 to June 12 dates for WWDC 2015 in San Francisco, and the company always has its keynote on day one of this five-day conference. That means registered Apple developers can expect to see and then download iOS 9 on June 8 or soon after, at least if everything holds to the same-day delivery pattern as past years.

This may be the first iPhone and iPad software update to require a lightning cable.

iOS 8 muscled out iPhone 4 compatibility last year, and iOS 7 said goodbye to iPhone 3GS two years ago. Is iPhone 4S on the iOS update chopping block? That makes sense. After all, the company is gearing up for its lightning-port-required Apple CarPlay infotainment system and Apple Watch has the same compatibility chart among phones. On top of that, iPhone 5 and iPhone 5C first introduced 1GB of RAM, up from the 512MB in the iPhone 4S. It’s time to retire these 30-pin dock devices.

There are still plenty of iPhone and iPad users left behind in the transition from iOS 7 to iOS 8 simply because they don’t have enough internal storage to make the update.

These deprived 16GB phone and tablet owners need up to 5GB of free space to install iOS 8, and that means deleting precious apps, photos, videos and music. With the iPad Air 2 syphoning off 3.4GB for the operating system alone, this leaves users with a paltry 12.6GB and, if you factor the 5GB needed, that’s just 7.6GB for all of their content.

iOS 9 is expected to change this frustration, which has made paying for iCloud storage seem like a punishment. iOS 8.3 and iOS 8.4 beta are setting a good example with a slightly smaller footprint.