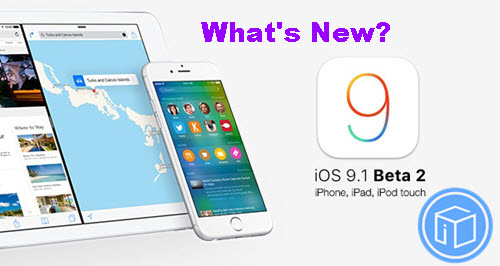 Apple released iOS 9.1 beta 2 to the registered developers for testing purposes as well as officially iOS 9.0.1 release with multiple bug fixes, just two weeks after seeding the first iOS 9.1 beta following its fall “Hey Siri” event and one week after releasing the first version of iOS 9 to the public, according to MacRumors. Now, the new beta of iOS 9.1, build 13B5119e, is available as an over-the-air update and through the Apple Developer Center.

One of the new feature in iOS 9.1 beta 2 is in Messages. There’s a new Messages option in the Settings app that allows users to disable contact photos.

Plus, iOS 9.1 includes new features for the iPad Pro, adding support for accessories like the Smart Keyboard and the Apple Pencil, both of which are deeply integrated into the operating system. It also includes features that will allow the iPhone to interact with the new Apple TV.

It is said that iOS 9.1 will not be released officially until November, along side with New iPad Pro.

How To Recover Deleted WeChat Messages From iPhone 6?