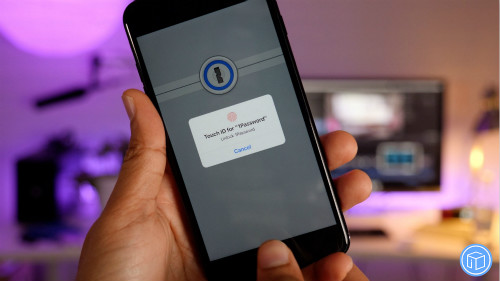 Liked Touch ID, or just plain don’t like unlocking your phone with your face? Too bad, unless you’re an Android person. Apple is likely planning on foregoing an in-display Touch ID fingerprint sensor for phones launched in 2018-2019 altogether in favor of the Face ID system introduced in the iPhone X, 9to5Mac writes, citing an analysis from “reliable supply chain analyst Ming-Chi Kuo.”

According to 9to5Mac, one reason Apple may decide to go this route is because the newer generation of high-end OLED screens such as those found in the iPhone X generally lack sensor support throughout the entire screen. However, Android manufacturers are interested in the technology, meaning that a major difference between phones based on either platform may be Face ID vs in-display Touch ID:

In a new research note shared today, Kuo argues that Fingerprint On Display, or FOD, technology will grow 500% in 2019 as Android phones continue to adopt the technology, but Kuo says Apple won’t be embedding Touch ID in new iPhones next fall.

In-screen Touch ID hasn’t been rumored for the iPhone XS this year, and rumors that Apple was working on the technology last summer have been denied.

Kuo argues that Apple’s facial recognition technology as a biometric security solution is serving the iPhone line well. Android phones instead will serve as the testbed for steadily improving Fingerprint On Display technology. As the Verge noted, Samsung has been reported to be looking into in-display fingerprint sensors in its upcoming Samsung S10 line. That potentially sets up a situation in which the two manufacturers will spar over which method is superior. (Both systems are secure enough for the average user, and the more advanced Face ID seems to be on its way up, though it’s debatable that the old Touch ID system is easier to use.)

This is just a prediction, though Kuo is generally recognized as one of the best Apple analysts, including a stretch in 2014 when he accurately anticipated almost the entire slate of products that year.

Even if the report is accurate, though, that doesn’t mean Apple will necessarily ditch Touch ID forever. It could wait until the technology progresses enough to introduce in-display Touch ID. In theory, it could also concede that enough users want both technologies to reverse track and re-introduce the old Touch ID sensor in post-iPhone X models, but that is very unlikely to happen.