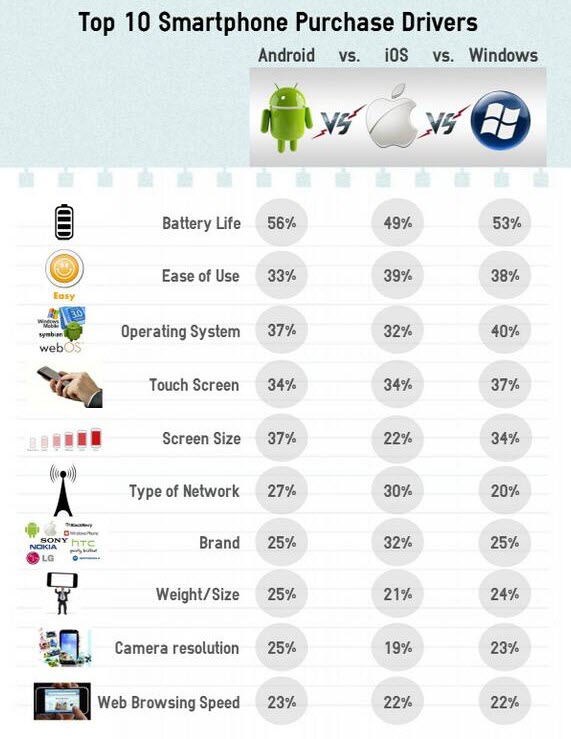 A new survey, reportedly taken from a sample of 50,000 smartphone users around the world, reveals the reasons consumers made the phone purchasing decisions they did.
According to IDC’s findings, battery life is the number one most important factor when it comes to choosing a smartphone — coming above ease of use, screen size, camera resolution, and touch screen. When asked, almost half of all iPhone owners named battery life as the main reason for their selecting the device.

After this, ease of use was the most widely given answer for why users had selected the iPhone, followed by the handset’s touch screen. Interestingly iPhone showed least concern with the quality of their phone’s camera resolution — despite the fact that many of us now use the smartphone as our primary camera.

Likely through an oversight on the part of the survey’s organizers, App Store selection is not listed as a factor.

As with any survey, don’t take this one as gospel. No iPhone owner I know, for example, would buy the phone based on its battery life (which, try as I might, always requires charging at least twice a day.) Regardless, it’s always fascinating to get a glimpse of why people make the buying decisions they do.