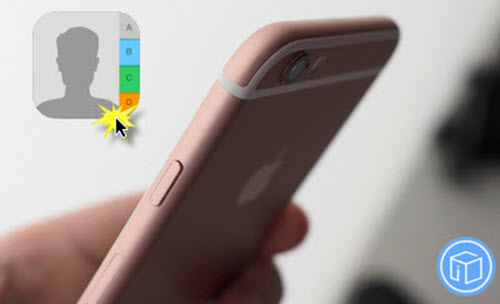 Can you help me to recover lost contacts from iPhone 6s? Some contacts on iPhone are missing with unknown reasons. I need to retrieve them. Please help me, thanks very much. iPhone 6s, iOS 10.2.1 END_OF_DOCUMENT_TOKEN_TO_BE_REPLACED

Today, Apple has announced the release of iOS 10.2.1, which comes about 6 weeks after iOS 10.2 released. As usual, the new iOS update involve minor bug fixes. So what is the amazing update features for this coming iOS 10.2.1? Let’s recall back iOS 10.2 update, the updates included new TV app to replace Video app, new screen effects for messages, new wallpaper, new emoji characters and improve camera settings. New update is so tempting and everyone looking forward for it. If you lose your data while update to iOS 10.2.1, don’t worry, click here to get an iOS data recovery tool to get back your lost data.

Back to iOS 10.2.1 update, this coming update will have better security update in order to enhance your iDevice. Last time when iOS 9.3.5 update, that is a security issue could potentially expose contacts, emails, calls and text. Heard that this iOS 10.2.1 update will fix this to protect every iDevice users private and yet important privacy.

Other than security issue, I suspect that this coming update will fix the issue battery life 30% bug. I believe a lot of users has the battery life 30% and suddenly drop to 1% issue happen. However, this update hasn’t confirm yet, but since this could be one of the major issue that might decrease the performance of iDevice, probably Apple will try to diagnose this as soon as possible to improve the iDevice performance.

Any update else?
Nothing huge, but definitely “bug fix” for sure will be counted as one of it, it might be cannot be seen physically but it absolutely will enhance the iOS performance when you’re using your phone.

It looks like Apple is faster and efficient on updating their iOS, it is like getting ready to publish the iOS 10.2.1 to the public. Can’t wait for the iOS 10.2.1 update now!