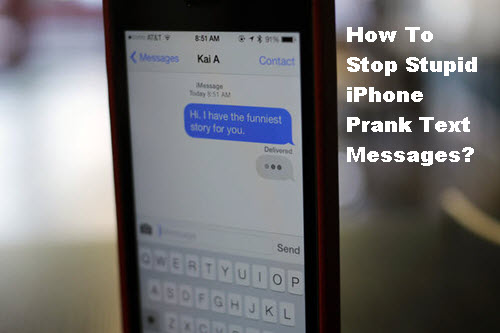 Most people reflected the following problems:

“They sent me a massage where it shut down you iPhone but now I cannot go to my massage.” ” I got a message that crashes my iPhone and now I can’t open my messages app it just opens and crashed right away.”

A newly found bug surrounding iOS and Messages has emerged that causes the app to continuously crash when a certain text is received. If the text is received while the phone is on the lock screen, it also causes your iPhone to reboot without any notice or explanation. This is obviously a very big problem for iPhone users, especially those with mischievous friends and enemies.

Apple has confirmed that it’s fixing a recently discovered bug that crashes iPhones and other iOS 8 hardware the moment you get a carefully crafted set of Unicode characters in Messages and other communication apps with notification previews. It’s not clear when that fix will be available, but the only existing safeguard is to turn off those previews. Otherwise, you may have to bend over backwards to make sure that those rogue messages don’t cause further chaos. While this isn’t the biggest iOS glitch we’ve seen lately, it’s definitely the most annoying.

iOS bug causes Messages to crash, iPhone to reboot when a certain text is received