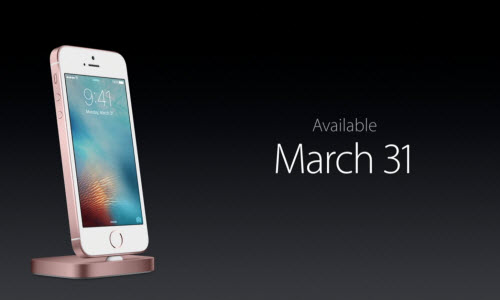 Apple’s recently released iPhone SE was supposed to be Apple’s saving grace, a mid-year release designed to help keep iPhone sales somewhat afloat ahead of the iPhone 7. Packed with the same advanced features as the iPhone 6s and affordably priced, it was widely assumed that the iPhone SE would get off to a strong start following its debut on store shelves this past Thursday.

Now it’s no secret that Apple, whenever it records impressive sales figures, likes to put out a press release boasting of how consumers simply can’t get enough of the company’s latest and greatest product. But with the iPhone SE, Monday morning came and went and we haven’t heard a peep from Apple about sales or even demand.

Speaking to this point, noted analyst Ming-Chi Kuo of KGI Securities issued a research note to investors relaying that demand for the iPhone SE has actually been “lackluster.”

The research note, originally relayed by MacRumors, reads in part:

Lackluster iPhone SE demand supports our view. Although there exists a market survey that indicates iPhone SE preorders top 3.4mn units in China, we couldn’t find more evidence to support this. However, judging by the delivery time for iPhone SE preorders, we believe initial demand for the iPhone SE following the announcement has been significantly lower than that of past new models. We believe this is due in part to lackluster demand for smaller-size smartphones and, more importantly, that the product itself offers no significant upgrades to form factor or hardware specs.

While it’s still far too early to draw any solid conclusions about the iPhone SE, there are a few points to consider. One, the iPhone SE launch was not only overshadowed by Tesla’s Model 3 unveiling, it was completely overlooked. Second, Apple hasn’t done a good job of getting 64GB iPhone SE models out in stores. We’ll have more on this later, but early checks indicate that nearly all of the iPhone SE supply available in large U.S. cities are comprised of 16GB models. And third, the iPhone SE may be more strategic for Apple in emerging markets than as an upgrade model for existing users.

Either way, we’ll obviously have a much better grasp on iPhone demand and the iPhone SE’s performance when Apple announces its earnings results for the June quarter.

How To Recover Deleted Text Conversations from iPhone SE?

How to Transfer Contacts to New iPhone SE from Old iPhone?