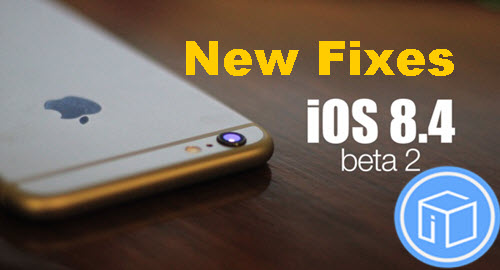 Apple has seeded the second beta version of iOS 8.4 to the developers and public testers. We all know that iOS 8.4 beta 1 has focused on improvement of Music app. So, what about iOS 8.4 beta 2? Is there any new fix? Here, we have collected some information for you.

Missing music bug. Several users are reporting that installing iOS 8.4 beta 2 caused them to lose all of their music installed on their devices. Those who have lost music are not able to reinstall it by syncing via iTunes, but going to Preference –> Music –> and turning on “Show All Music” has solved the problem for some users with missing music.

Trending Search. When searching for a song on iTunes Radio using the new global search feature, a list of trending searches is displayed.

Fixes. According to the release notes, Apple has addressed a number of issues from the first beta, including resolving a crashing Music app when used with CarPlay, adding search back to the iPad version of the App Store, and fixing problems with MFi GPS accessory support. The company has, however, yet to address most of the many Music apps bugs documented in the first beta, as they remain listed in the release notes for the new beta.