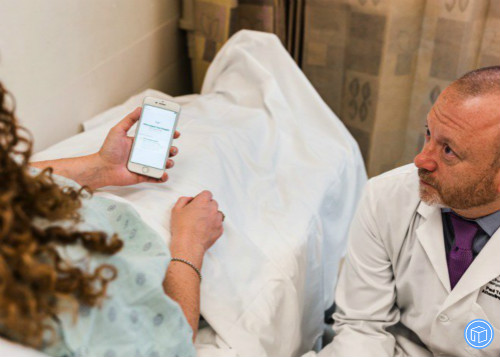 In an opinion piece published to CNBC’s website Thursday Robin Goldstein, who served in a wide variety of roles in her 22-year career at Apple, argues tech companies need to take a different approach to product failure when it comes to health-related devices. In particular, the “fast fail” strategy is not an option.

“This is the mindset Silicon Valley has brought to every space it enters: A bad product or poor user experience doesn’t have any ramifications beyond that particular product or experience, and they can always wipe the slate clean and start again,” Goldstein writes. “In the world of digital health this is a big problem.”

There are three reasons for this, according to the author. The functionality of digital health products is often a matter of life and death, the health products “require buy-in from both the user and their health care provider,” and that the old adage, “You don’t get a second chance to make a first impression,” applies especially to the health sector.

She mentions Theranos, the controversial blood testing startup that collapsed last year in scandal and indictments, leading to the company’s official dissolution earlier this week. Theranos sought to emulate Apple, while its founder Elizabeth Holmes saw herself as a new Steve Jobs, but the company not only failed to come up with a working product, but was allegedly committing fraud.

“Every new microfluidics testing venture is now subject to both increased scrutiny and has to to overcome a general suspicion regarding the technology, its effectiveness, and actual benefits,” Goldstein writes. “In other words, everyone who follows Theranos has the burden of proving they’re not Theranos before even getting to the question of whether their product will pass the risk/benefit analysis discussed above.”

Goldstein’s piece, aside from the sharing of her credentials, does not mention Apple directly, nor does it refer specifically to any of Apple’s initiatives. Apple has launched some ambitious health-related products in the last year, including a huge health records digitization effort, while numerous news stories have had Apple Watches literally saving users’ lives.

“The size of the healthcare market and relative ease with which products can be developed, as well as the current appeal of applying algorithms and machine learning to the imprecision of the human body, requires that extra care be taken, “Goldstein writes.” High tech cannot view digital health as simply the next great market opportunity.

Goldstein, according to her LinkedIn page, left Apple after 22 years in November 2017. Her final title was Senior Manager for Health Special Projects, and she had previously served principal counsel, and senior engineering manager and NewtonOS product marketing manager.

Some emails that surfaced in 2016 had Goldstein, then an attorney for Apple’s health division, expressing interest in cardiac monitoring hardware, and Parkinson’s support.