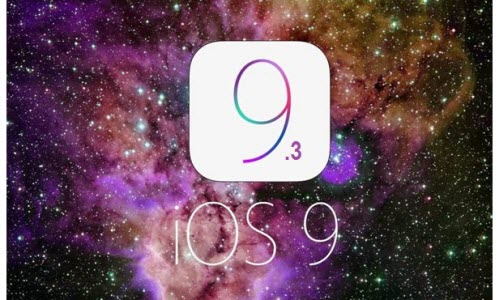 An array of problems have appeared for some users updating various iPhone, iPad, or iPod touch models to iOS 9.3, so much so that Apple has actually pulled the iOS 9.3 update for most older model hardware.
This means that many devices will simply have to wait for a newer fixed version if they haven’t updated to iOS 9.3 yet, but obviously that’s not too helpful if you already updated a device to iOS 9.3 and it is now rendered inoperable with an activation error, verification problems, iCloud issues, Mail and Safari link failures where a link is clicked but does not open, or some of the other annoyances that have popped up with the software update.

Some users may update iOS and get stuck on an “Activate” screen. You may be able to resolve this, or the “Unable to Activate” error post iOS 9.3 with a computer and iTunes. This requires a USB cable and the latest version of iTunes to be installed, beyond that it’s the same on a Mac or Windows PC.

1. Connect the problematic iPhone, iPad, or iPod touch to a computer with a USB cable
2. Launch iTunes (be sure it is updated to the latest version)
3. Select the device in iTunes, this should trigger the Activate device screen in iTunes
4. Enter the Apple ID and password for the connected device and click on Continue to successfully activate the device.

if you’re experiencing the message on a device that has since had iOS 9.3 revoked, the solution is to wait for a new update from Apple, or to downgrade the device to iOS 9.2.1

If you see the “Unable to Activate” error after updating to iOS 9.3, it will be definitively remedied in a future software update released from Apple. In the meantime, you must connect the iPhone, iPad, or iPod touch to a computer and try the following:

> Connect the iOS device to a computer with a USB cable
> Launch iTunes (update to the latest version if you haven’t done so already)
> Select the iOS device in iTunes, you should see the Activate device screen in iTunes at this point where you can enter the Apple ID and password for the device, then click on Continue to lift the activation error
This works for most devices that are stuck on the Unable to Activate screen.

If you see the iOS 9.3 software update available in Settings, but you get an “Update Unavailable” error message when attempting to download and install the update, this is because the update has been removed by Apple and is awaiting the fixed version.

The best thing to do in this situation is simply wait it out, as the new trouble-free release will be available in the coming days. Simply check for a software update again periodically, and install when it is available.

Links Not Working in Safari, Mail

Some users are experiencing a problem where tapped links or URLs are not working in Safari or Mail app of iOS. This is a frustrating issue that has impacted many users without an obvious solution until Apple releases a software update to resolve the problem. There are a few workarounds however, particularly since the URLs not working tends to occur after some time has passed:

Disable Javascript in Safari for iOS as described here allows links to work in Safari again, but by sacrificing javascript functionality on the webbrowser, this is very much a workaround but it is the most reliable solution to get links to work in Safari (but not Mail)
Force reboot the iPhone, iPad, or iPod touch periodically when the links stop working in Mail or Safari by holding down the Power button and Home button until the Apple logo appears on screen.

If you are experiencing persistent problems with iOS 9.3 on a device, you may want to consider downgrading to the prior stable version of iOS 9.2.1. This works to remedy any of the above mentioned issues, but also fixes some of the other software annoyances like Mail and Safari links failing to work, copy and paste errors, Bluetooth not working, and many other bugs that have popped up with iOS 9.3 in it’s current form. A potential issue with this is that if a backup was not made prior to the original iOS 9.3 update, the user may lose their data.

Some users have experienced faster than usual battery life after updating to iOS 9.3. Other users may have noticed their iPhone or iPad is suddenly warm to the touch after installing the iOS 9.3 update. These two complaints pop up with nearly every iOS update that has ever existed.

Here’s the good news; these type of issues are almost certainly temporary, and almost always will fix themselves, as iOS system software runs through various maintenance and indexing under the hood. If you are experiencing these problems, simply let the device sit for a while, and it will usually resolve itself in time.