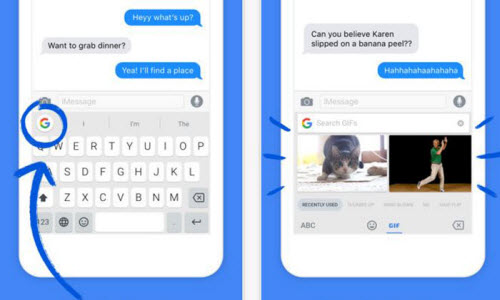 Keyboards are increasingly seen as a critical part of mobile operating systems, because they can work across multiple apps, and can collect some of the most personal user data.

The key feature for Google’s iPhone keyboard is that it integrates Google Search into the keyboard — one example Google provides is that you can search for an address right from the keyboard, so you don’t have to copy and paste from a separate app.

Other banner features include emoji and GIF search, as well as a “flow typing” feature that uses prediction algorithms so the user can type with one hand.

Apple opened up keyboards to third-party developers in 2014, but there’s mixed data on just how many iPhone users use a non-Apple keyboard.